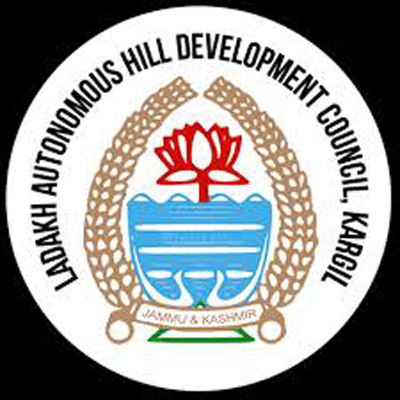 Govt proposes to extend date for new Council
NC cries foul, Govt says nominations first
Sanjeev Pargal
JAMMU, Sept 24: A virtual crisis has emerged in Ladakh Autonomous Hill Development Council (LAHDC), Kargil with September 22 deadline for constitution of new Council expiring but Government said they proposed to extend date for formation of the new Council due to delay in nominations of four Councilors and no absolute majority secured by any party.
The 30-members LAHDC Council was constituted by Deputy Commissioner, Kargil, Vikas Kundal through an official order on September 7 after names of all 26 Councilors elected in the elections held on August 27 were published. As per the LAHDC Kargil constitution, the new Council had to takeover within 15 days of publication of the order. The new Council had to be set up by September 22.
However, in the absence of any official order, the district administration couldn’t convene the LAHDC Kargil session to give National Conference, which had staked claim to form local Government in Kargil, a chance to prove majority.
Government sources told the Excelsior that they proposed to extend the date for formation of new council by at least fortnight. An order to this effect was expected to be issued within the next couple of days, they said.
While the National Conference leaders were of the view that mandate of the people was being “betrayed’’ by the Government due to what they called “deliberate delay’’ in formation of the Council, Government sources said they planned to nominate four Councilors to the LAHDC Kargil first before asking any party to form the local Government and prove majority.
“The National Conference has 10 seats and claimed support of four Independents. The figure of 14 is absolute majority in the House of 26. However, when four Councilors will be nominated to the Government, the number of the LAHDC Kargil will rise to 30 and majority mark will reach 16,’’ they pointed out and said, this way a party had to prove majority twice.
Therefore, they said, the Government proposed to make nominations first and then ask the party staking claim for the Council to prove majority. Nominations have been delayed due to some reasons, they added. It may be mentioned here that the Government has the right to nominate four Councilors to the LAHDC Kargil with voting rights.
There were indications that the Government could extend deadline for formation of the new Council by at least a fortnight.
Kacho Ahmad Ali Khan, a PDP-backed Independent and officiating CEC of the LAHDC Kargil, who has been re-elected to the Council, has also written to the Government seeking extension to the existing Council. He said he has urged the Government to extend term of the present Council pending constitution of the new body.
NC candidate for CEC, Feroz Khan told the Excelsior that “every activity of the Government including proposed extension to the sitting Council is illegal as the NC has majority in the House and has already staked claim to form the local Government by submitting written and signed list of 14 Councilors’.
“Today also, we met the Ladakh Affairs Department Secretary in Srinagar and sought immediate constitution of the Council,’’ he said, adding few days back they met the Governor with Abdul Rahim Rather and demanded that the National Conference should be invited to form the local Government in Kargil at the earlier.
Significantly, he said, no other party has opposed our bid to form the local Government. “No party has come forward staking claim to form the Council,’’ he pointed out.
Out of 26 seats of the LAHDC Kargil for which election was held on August 27, NC had emerged as single largest party with 10 seats followed by Congress 8, PDP 2, BJP one and Independents 5. The NC had gained support of four out of five Independent Councilors, thus attaining, majority mark of 14 out of 26. However, the Government was of the view that after nomination of four Councilors, the majority mark will rise to 16 and the NC will have to prove majority again.
It was in this context that the Government was extending date for new Council so that a party has to prove the majority only after nomination of four Councilors, which has to be done by the State Government.