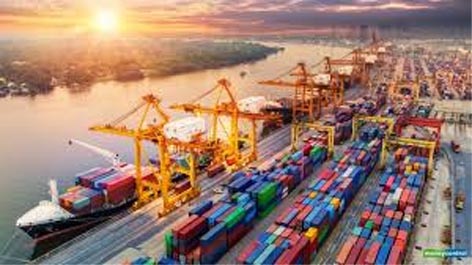 NEW DELHI, Aug 9: Hit by disruptions caused by COVID-19, India’s major ports continued to witness a fall in cargo handling, registering 18.06 per cent dip to 193.38 million tonnes (MT) between April and July this fiscal, according to the Indian Ports Association (IPA).
Cargo volumes at these 12 major ports under the control of the Centre declined for the fourth straight month in July 2020 and all ports barring Mormugao saw a negative growth.
These 12 ports had together handled 236.01 MT of cargo during April-July 2018-19, the ports body said.
Ports like Chennai, Cochin and Kamrajar saw their cargo volumes nosedive over 30 per cent during April-July, while JNPT and Kolkata suffered a drop of over 20 per cent.
India has 12 major ports under the control of the central government — Deendayal (erstwhile Kandla), Mumbai, JNPT, Mormugao, New Mangalore, Cochin, Chennai, Kamarajar (earlier Ennore), V O Chidambarnar, Visakhapatnam, Paradip and Kolkata (including Haldia).
These ports handle about 61 per cent of the country’s total cargo traffic. These ports handled 705 MT of cargo last fiscal.
While Chennai port saw 32.53 per cent decline in cargo handling to 11.08 MT, Kamarajar (Ennore) port suffered a drop of 35.64 per cent to 7 MT in April-July, as per IPA data.
Cochin Port saw a dip of 32.78 per cent to 7.76 MT during the period.
Cargo handling at JNPT port slipped 27.69 per cent to 16.94 MT, while the same at Kolkata declined 26.09 per cent to 16.05 MT. Mumbai port logged a fall of 19.79 per cent to 15.85 MT.
In the wake of the COVID-19 outbreak, sharp declines were witnessed in handling of containers, coal and POL (petroleum, oil and lubricant) among other commodities. (PTI)