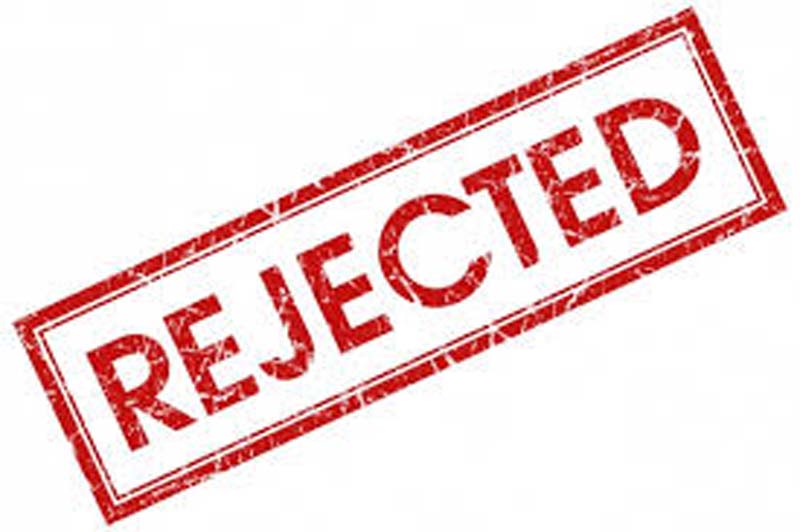 VARANASI/NEW DELHI, Sept 12: The Varanasi district today said it will continue to hear a petition seeking daily worship of Hindu deities whose idols are located on an outer wall of the Gyanvapi Masjid, dismissing the mosque committee’s argument that the case is not maintainable.
District Judge A K Vishvesh rejected the Anjuman Intezamia Masjid Committee’s petition questioning the maintainability of the case, which has reignited the Kashi Vishwanath temple-Gyanvapi Masjid dispute.
Separately, the Allahabad High Court which is hearing another case – dating back to 1991 – on the temple-mosque dispute on Monday fixed September 28 for its next hearing.
The mosque is located next to the iconic temple and the case in the Varanasi court revived claims that the mosque was built on a portion of the Hindu structure demolished on the orders of Mughal emperor Aurangzeb.
The Supreme Court had directed the district court to first decide on the maintainability of the case, filed by five Hindu women seeking permission to offer daily prayers before the idols of Shringar Gauri.
The mosque committee had approached the apex court, arguing that their plea was not maintainable as the Places of Worship (Special Provisions) Act, 1991 mandated that the character of such places should remain as it was at Independence.The 1991 law made an exemption only for the Ram Janmabhoomi-Babri Masjid land dispute.
The Varanasi district court has now said the 1991 Act does not apply in this case — where the devotees are seeking permission for daily worship of the idols they say are already installed there. Already, they are allowed to offer prayers there once a year, their lawyers had argued.
“From the perusal of provisions of the Act, it is clear that no bar has been imposed by the Act regarding a suit claiming right to worship idols installed in the endowment within the premises of the temple, or outside,” the order said.
Dismissing the mosque committee’s plea, the judge said, “In view of the above discussions and analysis, I have come to the conclusion that the suit of the plaintiffs is not barred by the Places of Worship (Special Provisions) Act, 1991, the Waqf Act, 1995 and UP Sri Kashi Vishwanath Temple Act, 1983.”
The court has now fixed September 22 as its next date of hearing in the case.
Advocate Merajuddin Siddiqui later said the mosque committee will challenge the order in Allahabad High Court.
The matter could also come up before the Supreme Court on October 20, the date it fixed during a hearing on the matter in July.
Several BJP leaders, including two Union ministers, welcomed the Varanasi court order, with the party’s national secretary Y Satya Kumar terming it a “triumph of the truth.”
The Vishva Hindu Parishad and the UP Deputy Chief Minister Keshav Prasad Maurya also hailed the order.
Maurya seemed to express hope that Mathura – where another mosque-temple dispute is being heard – could also see a similar outcome. “Karvat leti Mathura, Kashi,” he said.
Union Minister of State for Consumer Affairs Ashwini Kumar Choubey said, “Kashi and Mathura are the pride of our Sanatan Dharma. This decision is for the uplift of our culture.”
The District Judge had on August 24 reserved the order on the issue of maintainability till September 12.
On Monday, he delivered the 26-page order in 10 minutes in the presence of 32 people including lawyers from both sides, said an advocate who was present in the courtroom to which entry was restricted.
Some people who had gathered outside the court distributed sweets.
A day earlier, the District administration had issued prohibitory orders under Section 144 of CrPC banning congregation of people. Police had stepped up security.
The Hindu women had petitioned a Varanasi civil court in August 2021. The court also agreed to appointing a panel headed by an advocate to conduct a video survey of the Gyanvapi mosque complex.
Lawyers to the Hindu side had said the video clips showed a ‘shivling’ in the complex, a claim disputed by the mosque committee. It also objected to the video being leaked.
On May 20, the Supreme Court transferred the suit filed by Hindu devotees from civil judge (senior division) to the Varanasi district judge, saying it was a complex and sensitive case and should be heard by a more senior judicial official.
The three-judge bench also said that the process to ascertain the religious character of a place of worship is not barred under the Places of Worship Act. (PTI)