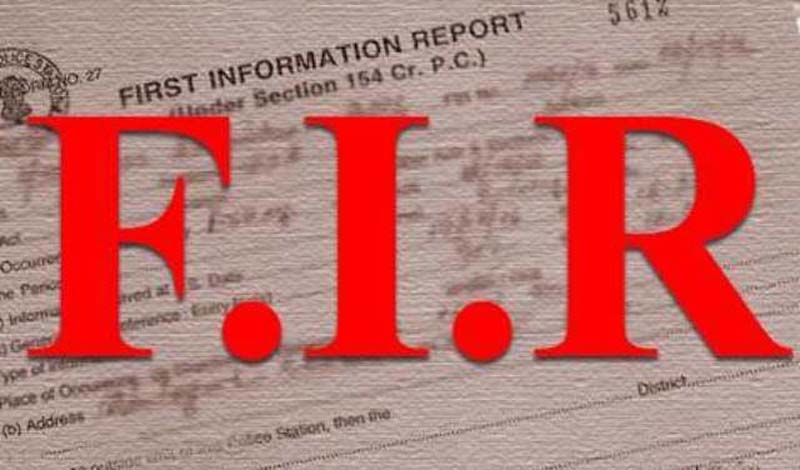 Excelsior Correspondent
JAMMU, Mar 19: Special Judge Anticorruption Jammu YP Bourney today directed Anticorruption Bureau to register FIR against encroachers of a Nallah.
The order was passed in an application filed by DySP Shashi Thakur.
After hearing Advocate DS Parihar for the applicant whereas CPO for the Anticorruption Bureau, the court observed, “Supreme Court in Lalita Kumari Versus Government of UP and Others, has clearly defined the ambit and scope of preliminary verification/enquiry holding that such enquiry although not impermissible in corruption cases yet it has to be conducted in time bound manner”.
“The scope of such inquiry/verification is not to verify the veracity or otherwise of the information received but only to ascertain whether the information reveals any cognizable offence. It was further observed that a police officer cannot avoid his duty of registering offence if cognizable offence is disclosed and action must be taken against erring officers who do not register the FIR if information discloses a cognizable offence”, the court said.
It was simply a wakeup call by a group of individuals seeking action to save a seasonal nallah from the onslaught of encroachments. However, the manner in which instant case has been handled from the very beginning would only go in long way in discouraging the likeminded persons from taking recourse to legal process, the court further observed.
“It is only because of ineptness of these agencies to act in time that encroachers and their mentors within and outside the system are masquerading and plundering the natural resources of the State like Khads, nallahs, ponds and even the perennial rivers like Tawi with impunity which have reached at the stage of near extinction or being narrowed down to dangerous proportions”, the court said, adding “interestingly, these encroachments are further being protected at State’s expense by raising concrete bunds/protection walls in the name of development and beautification of embankments at the cost of tax payers’ money”.
With these observations, court directed Anti Corruption Bureau Jammu to register an FIR in the case and conduct investigations without further wastage of time. “Directions are also issued to the Settlement Officer concerned for the reconstruction the Masavi of the Land particularly under survey number 887 and also to furnish the complete details of the sellers and purchasers thereof from the very beginning till date within a fortnight’s time and all other survey numbers at the earliest”, the court said.
It was made clear by the court that release of the salaries of officer and his assisting official/ shall remain subject to the compliance of these directions which shall be supervised by Deputy Commissioner Jammu.