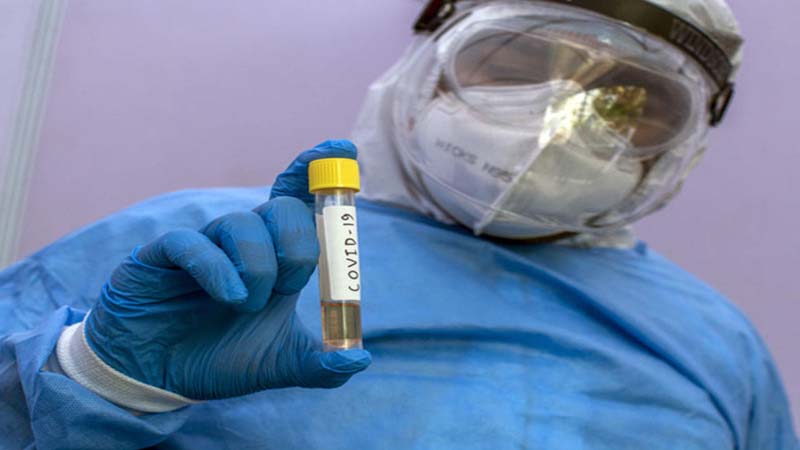 NEW DELHI, May 7: The nationwide tally of COVID-19 cases crossed 56,000 today with big urban centres like Mumbai, Delhi, Ahmedabad and Chennai reporting rising numbers of people having tested positive for the deadly virus infection, but the count of those who have recovered also neared 16,000.
More than 5,000 new cases have been detected across the country since Wednesday morning, figures announced by different States and Union Territories showed. The nationwide death toll also crossed 1,800 while fatalities were reported from paramilitary forces too.
A significant number of health workers and security personnel, who are among the ‘frontline warriors’ in the COVID-19 fight, have tested positive for the deadly virus in the recent days.
In Maharashtra alone, at least 531 police personnel, including 51 officers and 480 constables, have tested positive, an official said. Of this, 39 have recovered and five policemen have died.
The State also saw 50 more people testing positive in Mumbai’s Dharavi slums, taking the tally of cases in that area to 783.
Overall, Maharashtra reported 1,216 new cases and 43 more deaths, taking its tally of confirmed cases so far to 17,974 with 694 fatalities.
Delhi also has reported more than 30 police personnel having tested positive, while one head constable died due to COVID-19 on Tuesday evening.
The national capital reported 448 new COVID-19 positive cases on Thursday — the highest for a day — to take its overall tally to 5,980. Besides, one more person died of COVID-19, taking the total fatalities to 66.
In Gujarat, the Statewide tally crossed 7,000 with 388 more testing positive since Wednesday night, 275 of them in Ahmedabad district. The State also reported 29 more deaths since Wednesday night, including 23 from from hospitals in Ahmedabad and four in Surat.
Madhya Pradesh saw its tally of confirmed cases rising to 3,252 after 114 more tested positive, including 47 in the state capital Bhopal.
While Maharashtra and Gujarat continue to top the nationwide tally, Tamil Nadu has now crossed the 5,000 mark with 580 new cases reported during the day. The death toll of the southern State has reached 37, with two more women succumbing to COVID-19 during the day.
A large number of new cases in the state are linked to Chennai’s Koyambedu market, which is considered one of the largest vegetable markets in Asia. The state now has 3,822 active cases, while its overall tally has reached 5,409.
In West Bengal, the death toll rose to 79 after seven more fatalities, while 92 positive cases were detected in the last 24 hours, the state’s health bulletin said. The state has reported 1,548 cases so far, out of which 1,101 are active cases.
New cases were reported from Odisha also.
Kerala, however, did not report a single new case for the second consecutive day. The state had not seen any case earlier on May 1, 3 and 4 also.
Andhra Pradesh reported 56 new cases, taking its tally to 1,833. In Uttar Pradesh, 61 fresh cases got detected, taking its total to 3,059.
Chhattisgarh also did not report any new case and announced discharge of two more COVID-19 patients, taking the total number of recoveries to 38. This has also brought down the total number of active cases to 21 now, officials said.
In its morning update, the Union Health Ministry said the COVID-19 death toll in the country has risen to 1,783 while the number of cases has climbed to 52,952, registering an increase of 89 deaths and 3,561 cases since Wednesday morning,
The number of active COVID-19 cases stood at 35,902 while 15,266 people have recovered and one patient has migrated, it said.
However, a PTI tally of numbers reported by states and UTs till 11.30 PM put the total number of confirmed cases at 56,391 and at least 1,811 deaths, while the count of recoveries was also about 16,000.(PTI)