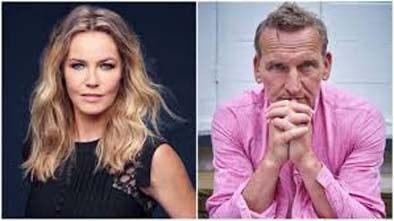 Los Angeles, Aug 10: Actors Connie Nielsen and Christoher Eccleston have boarded the series adaptation of British author Amanda Reynolds’ novel “Close to Me”.
According to Variety, the six-part series will debut on Nordic Entertainment Group’s (NENT) streamer Viaplay in the Nordic and Baltic regions as an original .
The show, written by Angela Pell, will air in the UK on Channel 4.
The story revolves around Jo Harding (Nielsen), a woman who has a seemingly perfect life with her partner (Eccleston) until an accident erases an entire year from her memory. As she struggles to piece events together, Jo discovers that her life was in fact far from perfect, with ‘someone’ trying to keep a terrible secret from her.
Mexican audiovisual production studio, Dopamine, is co-producing the series along with NENT.
In addition to her starring role, Nielsen will also serve as an executive producer on the show. (PTI)