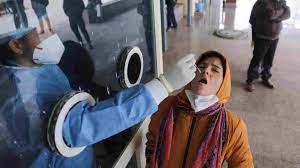 WASHINGTON, Feb 1: The Congressional Black Caucus applauded India for its global efforts to address the COVID-19 crisis as well as sharing over 8 million vaccines with at least 38 countries.
“I laud your government’s efforts as it has selflessly shared over 8 million vaccines with at least 38 countries,” Congresswoman Joyce Beatty, chair of the influential Congressional Black Caucus, said in a letter to India’s Ambassador to the US, Taranjit Singh Sandhu.
India, she wrote, has delivered vaccines to African nations of Congo, Botswana, Eswatini, Mozambique, Uganda, Malawi, Senegal, Rwanda, Kenya, Ivory Coast, Ghana, Namibia, Mauritius, and Seychelles.
“In addition, your relief to the Maldives, Oman, Bahrain, Barbados, Commonwealth of Dominica, St Lucia, Antigua and Barbuda, St Kitts and Nevis, St Vincent and Grenadine, Jamaica, Suriname, Guyana, Bahamas, Belize, Dominican Republic, Guatemala, Nicaragua, Mongolia, Bhutan, Maldives, Nepal, Bangladesh, Sri Lanka, and Afghanistan, has been a tremendous relief to these nations,” Beatty said.
Thanking India for its global leadership role, the official in her letter dated January 19, said on behalf of the Congressional Black Caucus (CBC), she was expressing appreciation for India’s global efforts to address the COVID-19 pandemic.
“This pandemic has brought the global economy to a standstill and around the world, people continue to struggle even as governments have initiated recovery measures to rekindle economic activity and return to normalcy,” the letter read.
The resumption of the global economic activity will be essential to mitigate the pernicious effects of the pandemic, especially on the underprivileged and impoverished populations around the world. The path to recovery depends on the ability of the governments to vaccinate their populations, and on the global collective to ensure an equitable distribution of the vaccines, she said.
“It is also commendable that during the recent QUAD Leadership Summit, the United States, India, Australia, and Japan pledged to work together on a vaccine initiative in the Indo-Pacific region,” Beatty said.
The Congresswoman added that the recent expansion of Indian company, Biological E’s vaccine manufacturing facility in Hyderabad and finalisation of a US government financing arrangement formalising USD 50 million to expand the company’s capacity to produce COVID-19 vaccines, underscores the significance of the unique global collaboration.
“And just last month, Texas Children’s Hospital and Baylor College of Medicine announced that CORBEVAX, a protein sub-unit COVID-19 vaccine, the technology of which was created and engineered at its Center for Vaccine Development (CVD), had received Emergency Use Authorization approval from the Drugs Controller General of India to launch in India with other underserved countries to follow,” she said in the letter.
The Congressional Black Caucus, one of the largest voting blocks including several senators, has emerged as one of the key players in the Biden administration. Vice President Kamala Harris was also a member of the Congressional Black Caucus.
(PTI)