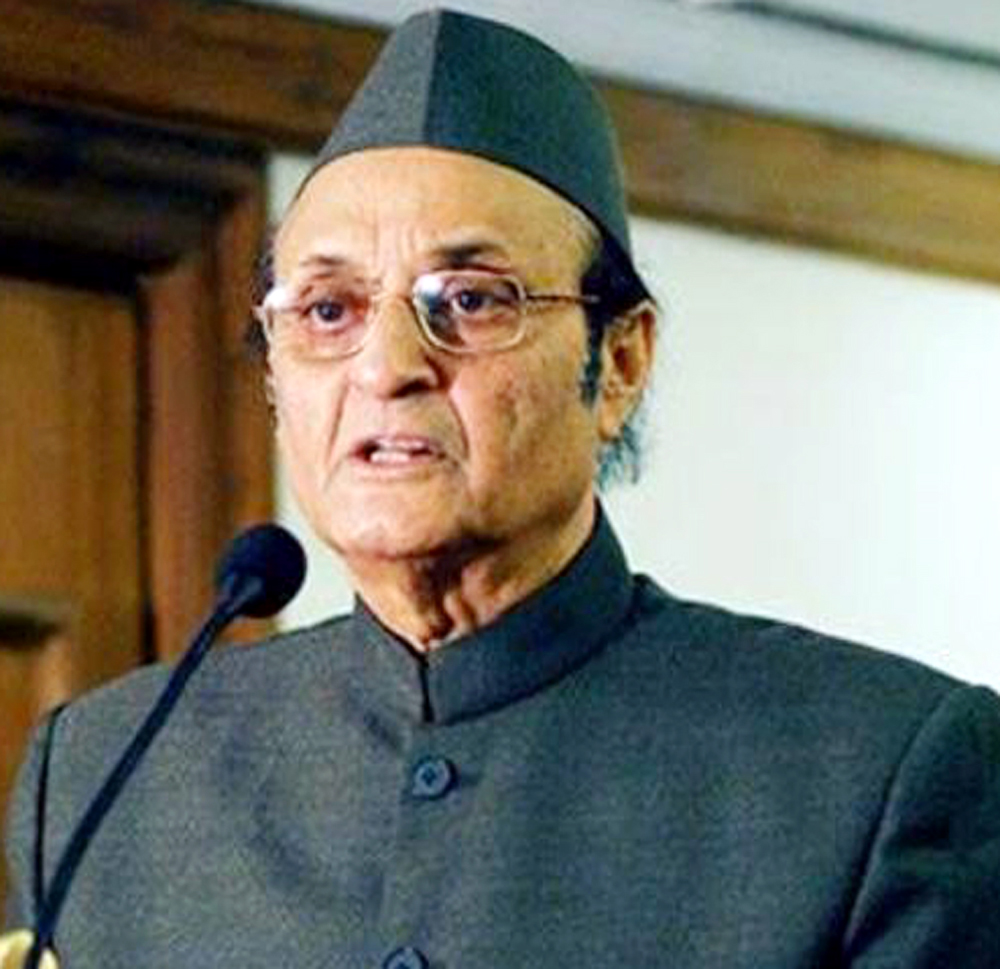 Excelsior Correspondent
JAMMU, Mar 30: Reacting sharply against BJP’s pointless propaganda questioning Congress party’s role in the development process of the country, Dogra scion and Congress stalwart Dr Karan Singh said that his party’s contribution in the progress of India has no match and those challenging the same are making a futile attempt to deceive the people of the country.
In a statement issued here, the Congress veteran said that the history of Congress’ endeavour and sacrifices to shape a strong country that India is today is older than a century and it is quite ludicrous that people who have come to fore only by befooling people using impracticable ‘Jumlas’ are raising fingers on this great movement called the Indian National Congress.
He said that from Monday onwards he shall be holding over 20 rallies in Udhampur-Doda-Kathua Constituency in favour of his son Vikramaditya Singh, who is Congress candidate from the constituency.
It is pertinent to mention here that Dr Karan Singh represented the Udhampur Lok Sabha seat for four consecutive terms starting from 1967. During his tenure massive development took place in the constituency like construction of Salal Project and extension of railway line from Pathankot to Jammu besides many other similar prolific endeavours. He had very strong bonding with the people of the State especially that of Udhampur.
Dr Karan Singh while seeking support for Vikramaditya Singh in the ensuing Lok Sabha Polls said that Congress is the only binding force which can ensure equitable development in the three vivid regions in State including Ladakh, Kashmir and Jammu. “The most vivacious characteristic of this party is its uniting abilities which are exactly opposite to that of BJP which never misses an opportunity to divide people on various accounts including religion”, he maintained.