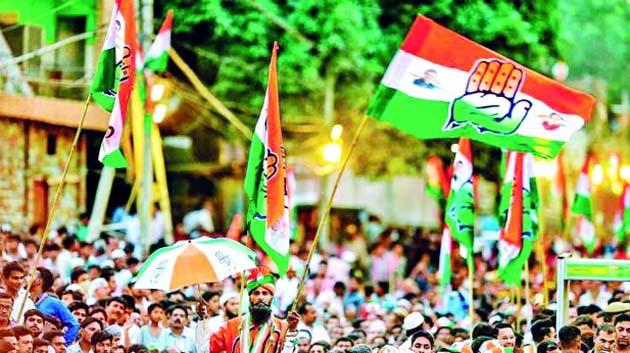 Anil Anand
As the Congress dithers to address the key issues confronting the “Grand Old Party” (GOP) as former poll strategist and self-styled advisor to sundry political parties, Prashant Kishore described the party, two contrasting scenarios emerged ahead of the October 16 Congress Working Committee (CWC) that portray the kind of flux the party is in. The problems are of its own making and the more they try to resolve, although there is miniscule effort in that direction, the more complicated it becomes.
While the Congress’s ( read Gandhi family’s detractors) and friends mark their timing excellently in airing their views to rub on the wrong side, the weakened high command, again of its own making due to indecisiveness and status quo approach, is left squirming and at times gasping for the next move.
In this context two recent scenarios, one involving Mr Kishore, who according to reports was vying to join the Congress with a significant role, and the other concerning the leader of the rebel Group 23-leaders Ghulam Nabi Azad, make interesting reading. One annulled the other ostensibly to the great discomfiture of the Gandhis. In this case the initiative by Rahul Gandhi and AICC in charge of Uttar Pradesh, Priyanka Gandhi Vadra indicating conciliation with Mr Azad ahead of the CWC meeting got weakened by Mr Prashant’s tweet having a dig at what he described the Grand Old Party beset with deep-seated problems, which till the other day he was aspiring to join.
The photo frames showing a high-powered Congress delegation meeting President Ram Nath Kovind in connection with the Lakhimpur Kheri, Uttar Pradesh, farmers’ killings, was a significant portrayal. What made it interesting was that both the Gandhi siblings, who are caught in the vortex of transitional fight with the old generation of leaders including Mr Azad, happily shared frames with him. Not only that, they were seen merrily going around the photo exhibition on India’s victory over Pakistan in 1971 and creation of Bangladesh, at the AICC headquarters lawns accompanied by the former Jammu and Kashmir chief minister.
Definitely, it conveyed a strong message of what was transpiring to create a “congenial atmosphere’ for the CWC meeting as there were fears that it might witness fireworks. Even Mr Gandhi, who is normally perceived as not favourably inclined towards Mr Azad, was seen involved in animated discussion with the latter during the course of media-briefing outside Rashtrapati Bhawan. Certainly, it conveyed a sense of a positive environment for the CWC which had on its agenda the vexed issue of organisational elections particularly that of the party president.
All this happened in the backdrop of both Rahul and Priyanka hitting ground in a big way and creating buzz in the poll bound Uttar Pradesh with the farmers’ agitation and subsequent mowing down of protesting farmers by a BJP Union Minister’s son providing them a platform. Yet, a spanner came in the form of Mr Kishore expressing his displeasure on what they are doing in the state.
He expressed his displeasure questioning the efforts being made by the brother-sister duo in UP, through a tweet. In this context he pointed to the “deep-rooted problems in the Grand Old Party (GOP)”. The GOP description was certainly sarcasm at its best thereby also indicating that his honeymoon with and all talk of his joining the Congress with a vital role were all but over.
As it is, a sizable section of the Congress leadership, in particular the old guard, were upset both with his style of working and reports of his association with Congress in some form. His tweet coming at this juncture has created a strange situation and added to the confusion more so because not a word has come from the high command (read Gandhis) on parleys with Mr Kishore.
His dig at the GOP and its leadership though tightly worded but was no-holds-bar as on target were both Rahul and Priyanka. While talking about the GOP in his tweet he said without mincing words-“People looking for quick, spontaneous revival of GOP led opposition based on #LakhimpurKheri incident are setting themselves up for a big disappointment. Unfortunately there are no quick fix solutions to the deep-rooted problems and structural weaknesses of the GOP.”
His scathing criticism of the Gandhis’ initiative at finding some traction for the Congress in UP, must act as an eye opener for them on two counts but without out rightly rejecting his views. Firstly, they need to analyse his views as they further set out on the roads of UP to find some foothold ahead of the elections. Mr Kishore is to a great extent right in pointing out that the problem is deep-rooted and that it required much bigger and coordinated effort.
Secondly, Mr Gandhi, in particular, should draw a lesson from the Prashant Kishore episode on how and what terms should a dialogue be opened with the ilks of Mr Kishore. Premature publicity, as happened in this case, could probe dangerous and unproductive as is the case.
On the other hand his tweet must have elated the Congress veterans who are not prepared, even after having enjoyed fruits of power for decades, to accept either the younger generation taking over or anyone from outside seeking to help resolve the party’s dilemma. These leaders must come forward with clear-cut proposals as merely reflecting dissenting views on problems facing the party would not serve any purpose.
This has once again created a catch22 situation for the Gandhis if not the party.
On a positive note Mr Kishore’s scathing attack on Rahul-Priyanka duo could spur the old-guard to close their ranks and adopt the time tested strategy of rallying behind the Gandhis. There is an opportunity for veterans like Mr Azad to quickly fill up the space that Mr Kishore had threatened to occupy but made way even without having a go at it.