Excelsior Correspondent
SRINAGAR, May 3: Maintaining that the people of South Kashmir have rejected the double standards and politics of opportunism by PDP and NC, the J&K Pradesh Congress Committee (JKPCC) president and Party candidate GA Mir has said that Congress Party’s victory from south Kashmir was imminent, assuring to put an end to the intimidation, mass arrests and torture of innocent people.
Mir also said that both PDP and NC did their utmost to exploit and mislead people to garner support in South Kashmir, but the political scenario in the State especially in South Kashmir has changed, resulting in, they would not be able to mislead people even after beating the drums over sensitive issues.
PCC chief during his tour to Pampore in Pulwama district addressed various public meetings at Khrew, Ladhoo, Satpokhri and Lethpora and expressed confidence that his victory from South Kashmir was imminent, as the people have again reposed faith in the pro people policies of Congress Party by voting in favour of his candidature in last two phases of ongoing elections, but at the same time, he appealed the people of Shopian and Pulwama not to come under hollow slogans of both PDP NC, who were equally responsible for strengthening BJP, from time to time.
The entire South Kashmir has rejected both PDP-NC, although they did their utmost to woo the electorates by misleading them, but they failed in their efforts and were going to face defeat, Congress Party represents the urges and aspirations of the people in true sense, it will continue to expose PDP NC and BJP over playing with the sentiments of people for votes, Mir said.
Congress Party feels committed to ensure overall development, besides safety security, besides curbing the menace of unemployment in the State. Mir added that PDP played with emotions of the people to strengthen BJP- RSS in the State, but the Congress Party will continue to remain steadfast to defeat the designs of communal forces, won’t allow them to play with the sentiments of the people for electoral gains.
Those who addressed the gathering included Abdul Rashid Dar, Usman Majeed, Gulzar Ahmad Wani, Farooq Andrabi, Hilal Ahmad Shah and others. 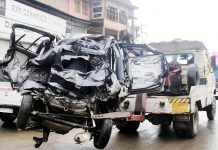 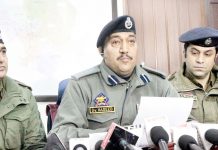 3 held for robbery of truckers along NH 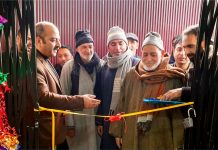 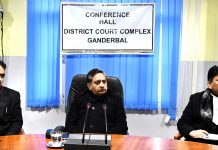