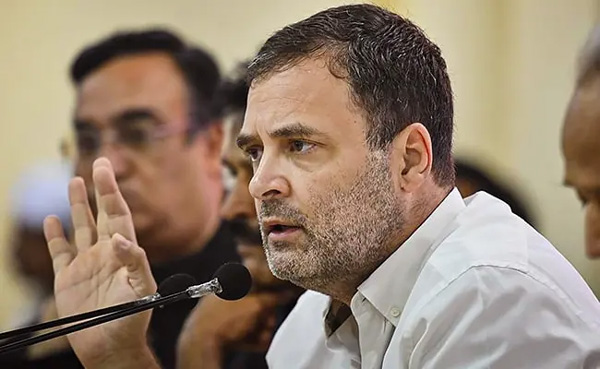 NEW DELHI, Aug 17:
The Congress on Wednesday targeted Prime Minister Narendra Modi over the release of the convicts in the Bilkis Bano case with Rahul Gandhi saying the entire country is seeing the difference between the PM’s words and deeds.
The Congress also asked whether it was possible for the Gujarat government to approve early release of the convicts without knowledge and approval of Prime Minister Modi and Home Minister Amit Shah.
Congress general secretary Priyanka Gandhi Vadra attacked the prime minister, saying women are asking if respect for them is only in speeches.
The BJP government in Gujarat released all the 11 people convicted for the rape of a pregnant Bilkis Bano and murder of seven of her family members during the 2002 Gujarat riots, under its remission policy.
“Those who raped a five-month pregnant woman and killed her three-year-old daughter were released during ‘Azadi ka Amrit Mahotsav’. What message is being given to the women of the country by those who peddle lies about ‘Nari Shakti’?” Rahul Gandhi said in a tweet in Hindi.
“Prime Minister ji, the entire country is seeing the difference between your words and deeds,” he said.
Attacking the PM, Priyanka Gandhi asked if the release of the criminals convicted for the gangrape of a pregnant woman and killing of her daughter by the BJP government as well as their welcome in front of the camera, is not the height of injustice and insensitivity.
“Narendra Modi ji, respect for women only in speeches? Women are asking,” she said.
Tagging a tweet by party’s media department head Pawan Khera in which he shared that the latest guidelines issued by the Home Ministry on early release of prisoners mentions that rape and murder convicts cannot be released out of turn by prison administration, Congress general secretary Jairam Ramesh tweeted, “Brazenly shameless. Do you really think the Gujarat Govt did the early release without knowledge & approval of PM and HM?”
Opposition parties on Tuesday had hit out at Prime Minister Modi over the release of the 11 convicts within hours of his praise for “Nari Shakti” in his Independence Day speech and said this is the “real face” of New India under the BJP.
A special Central Bureau of Investigation (CBI) court in Mumbai on January 21, 2008, had sentenced the 11 to life imprisonment on charges of gangrape and murder of seven members of Bilkis Bano’s family during the 2002 Gujarat riots. Their conviction was later upheld by the Bombay High Court. (PTI)