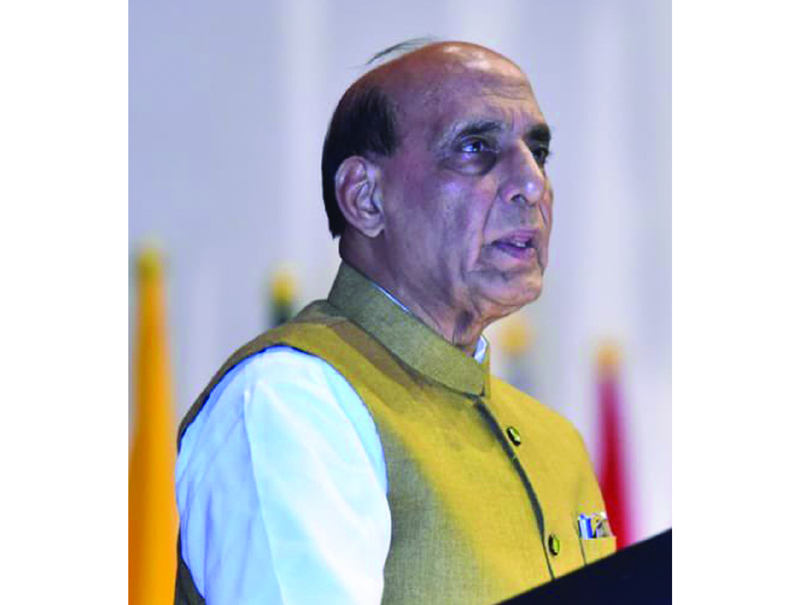 NEW DELHI, Sept 21: Popular comedian Raju Srivastava, who dabbled in movies, made a mark as a stand-up comic and later entered politics, died on Wednesday after more than 40 days in hospital. He was 58.
Srivastava, who joined the BJP in 2014 after a stint with the Samajwadi Party, had a heart attack on August 10 while working out at a Delhi hotel. He was rushed to the All India Institute of Medical Sciences (AIIMS) where he underwent an angioplasty procedure. He was on the ventilator since and never regained consciousness.
“I got a call in the morning saying he is no more. It is really unfortunate news. He had been waging a struggle for life in hospital for over 40 days,” his brother Dipoo Srivastava told PTI from Mumbai.
Paying tribute, Prime Minister Narendra Modi said he “brightened our lives with laughter, humour and positivity”.
“He leaves us too soon but he will continue to live in the hearts of countless people thanks to his rich work over the years. His demise is saddening. Condolences to his family and admirers. Om Shanti,” the prime minister tweeted.
The artiste, who featured in Hindi films such as “Maine Pyar Kiya” and “Baazigar”, was declared dead at 10.20 am, according to hospital sources.
Srivastava, who is survived by his wife and two children, was chairperson of the Film Development Council Uttar Pradesh.
The last rites will take place on Thursday morning here, his brother said.
Defence Minister Rajnath Singh was among the first to pay his condolences.
“I am deeply saddened by the passing away of renowned comedian, Raju Srivastava ji. Apart from being an accomplished artist, he was also a very lively person. He was also very active in the social field. I extend my condolences to his bereaved family and fans. Shanti!,” Singh tweeted.
Uttar Pradesh Chief Minister Yogi Adityanath said Srivastava took the genre of comedy to new heights with his talent and hard work.
“The death of Shri Raju Shrivastava ji, who entertained everyone throughout his life with his innovative art skills, is extremely sad. Expressing my condolences to the bereaved family, I pray to God for the peace of the departed soul,” he said in a tweet.
The Uttar Pradesh Assembly also observed a two-minute silence in his memory.
The entertainment fraternity paid homage to the actor-comedian.
“Raju Srivastava Om Shanti RIP,” wrote veteran filmmaker Rakesh Roshan on Instagram.
Ajay Devgn said he is saddened by Srivastava’s death.
“In your lifetime you gifted us laughs & more laughs, on & off the screen… RIP Raju. Om Shanti. May the Almighty give your family strength in this hour of bereavement,” he wrote on Twitter.
Hrithik Roshan, who worked with Srivastava in the 2003 film “Main Prem Ki Diwani Hoon”, tweeted: “Forever in our hearts. Rest in peace Raju Srivastava Sir. My condolences to the family.”
“Raju bhai, you made us all laugh throughout your life. May your soul rest in peace,” Akshay Kumar posted.
Veteran actor Shekhar Suman, who served as a judge on “The Great Indian Laughter Challenge”, remembered the comedian as a unique and inimitable talent.
“Raju was the funniest man alive. We will all miss him forever. I had the privilege and honour of judging him on many shows including ‘The Great Indian Laughter Challenge’ that catapulted him to unimaginable heights. Long live Raju!” Suman said. (PTI)
Actor Nimrat Kaur and director Sanjay Gupta remembered the comedian too.
“Deepest condolences to the family and loved ones of Late Raju Srivastava ji. May God bless his journey into the light #RIPRajuSrivastava,” Kaur tweeted.
“Rest In Peace Raju. Thank you for all these years of fun and laughter,” said Gupta.
A familiar face in the entertainment industry since the 1980s, the comedian tasted unparalleled success after participating in the first season of the reality stand-up comedy show “The Great Indian Laughter Challenge” in 2005. (PTI)