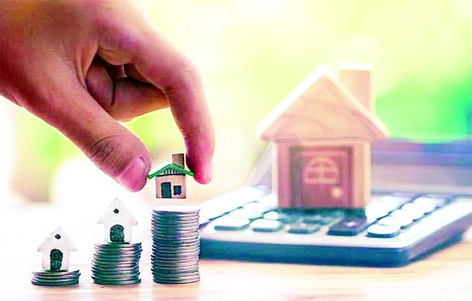 Ronik Sharma
It’s a clear fact that the displaced persons of 1947 had witnessed the deadly attacks of Pakistani army and their well trained hired tribals so called as “Kabayalies”.The attack of the Pakistani army in Mirpur and Muzaffarabad territories of erstwhile State of Jammu and Kashmir destroyed not only life but movable as well as immovable property of several thousand people. People were forced to leave their homes and hearths. The Pakistani army had butchered several thousands people number exactly not known and other who had narrow escape got settled in different part of the erstwhile State of Jammu and Kashmir and other Indian states. The erstwhile State of Jammu and Kashmir Government in respect of ownership rights on evacuee land has not been conferred till date . The then State Administration, initially recommended that evacuee property be reserved for the rehabilitation only for the displaced persons. The POJK DPS organisations have suggested number of times for conferment of ownership right on evacuee lands as well as houses allotted to them. Government had allotted meager pieces of lands to some displaced families vide Cabinet Order No. 578-C of 1954 dated 07-05-1954. Many Land deficiency cases are still pending for redressal. Moreover, so many POJK displaced persons who were settled outside J&K are without lands(Cultivable / non cultivable),houses and are facing discrimination from last seven decades due to the discriminatory attitude of the successive governments. The PoJK displaced families settled in rural areas of erstwhile State of Jammu and Kashmir were alloted Evacuee lands and those who got settled in urban areas were alloted quarters/ plots and were conferred with properitary rights on the alloted lands in respect to State lands and occupancy rights Under Section 3A of Agrarian Reforms Act of 1976.
“Section 3A notwithstanding anything to the contrary contained in this or any other law for the time being in force, DP’s cultivating evacuee lands personally shall in respect thereof be deemed to be occupancy tenants and recorded as such and shall be liable to pay rent equal to the amount of land revenue and cesses assessed there on. Such DP’s shall have the right to transfer their right of occupancy by sale , mortgage or gift subject to the provisions of the alienation of land Act, and provisions of section 60 of J&K tenancy Act Samvat 1980 shall not apply to such transfer “. In all revenue records, the name of Evacuees still exist in the ownership column of land owners who had migrated to Pakistan and got settled there but our Government till date did not remove the name of evacuees in the columns of land owners.They still stand therein which requires to be deleted and the names of displaced persons who have got ownership rights (Mutation) with limited rights as under Section 3A of Agrarian Reforms Act of 1976 be considered in place of full ownership rights.
Chhamb displaced persons (DPS) of 1965 and 1971
Similarly,the issue of 1965, 1971 Chhamb displaced persons for conferring of occupancy/tenancy rights of evacuee lands has not yet been conferred and the displaced persons of 1965,1971 are still waiting for impartial treatment from last so many years for their ownership on lands alloted to them and therefore no such such proposal has been made to provide Justice and also to settle the long pending demand for conferment of ownership rights on such evacuee properties under their possession from last so many years.
West Pakistan refugees (Now domiciles of J&K)
The refugees, who had migrated from West Pakistan after partition of the subcontinent in 1947 settled in Kathua, Samba and Jammu districts commonly known as West Pakistan Refugees(Now domiciles of J&K).There demands were not materialized from the last Seven decades.Before the removal of Article 370 and 35A, these people were demanding citizenship rights, right to vote in State assembly polls, rehabilitation package, Government jobs and ownership rights.After the abrogation of both the discriminatory Articles many things have been changed in the present scenario. Now Union Territory Administration of Jammu and Kashmir should provide ownership rights on their lands and houses to these families who were struggling from last seven decades for their geniune demands .
Valmiki (Dalit Community)
Apart from WPR, the Valmikis (Dalits) – who were brought into erstwhile State of J&K in 1957 by the then State Government from Punjab – will also get their due rights. While these Dalits were never given ownership rights to their small houses in which they have been residing since 1957, the successive Governments have not provided ownership rights to them in which they are living.
Gurkha Community
Similar is the case of the Gurkha Community people. They are also victims of both the discriminatory Articles 370 and 35 A . The successive Governments in the erstwhile State of Jammu and Kashmir treated them badly and were also deprived of ownership rights on lands and houses in which they are living from last several decades .
Since 1947 PoJK DP’s, Chhamb displaced persons 1965,1971, west Pakistani refugees, Valmikis (Dalit) community people and Gorkhas (domiciles of J&K) are here in J&K for more than 70 years and till date they have not given the ownership rights therefore it amounts to total miscarriage of Justice to them where as the law under adverse possession grants ownership rights after 12 years . It would be in the fitness of things that ownership rights be conferred upon displaced persons of 1947, Chhamb displaced persons of 1965, 1971, West Pakistani refugees, Valmiki(Dalit Community), Gurkha Community (all are domiciles of J&K) who are in erstwhile State of Jammu and Kashmir from last seven decades. This is the most legitimate and genuine demand of these people and must be considered with sympathy at the earliest.
(The author is an Advocate)