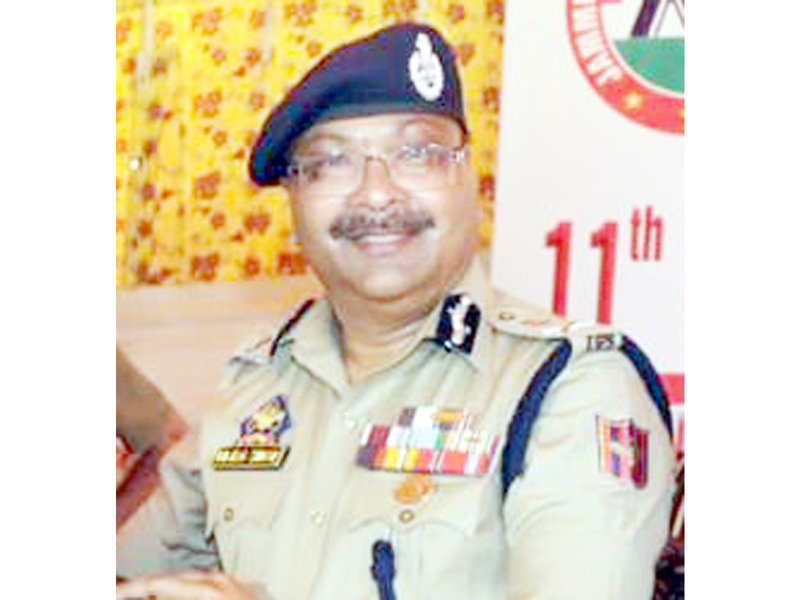 All security arrangements made for HM’s visit

JAMMU, Sept 27: Amid a widespread crackdown on Popular Front of India (PFI), Director General of Police Dilbag Singh today said there is a comprehensive plan in place to deal with terror and anti-national elements in the country.

The police chief also said action against the terror networks would definitely have a positive impact and there is no need to look at the country-wide raids through a communal angle.
Singh was talking to reporters on the sidelines of an award distribution ceremony here.
Asked whether the J&K police is in touch with other security agencies involved in a country-wide crackdown on PFI following reports that the group was facilitating recruitment of youth in Pakistan-based Lashkar-e-Toiba (LeT) terror group, the DGP said since the national level  agencies are dealing with it and the  investigation is still on initial stages, he would not like to make any comment at this moment.
“There is a very comprehensive kind of plan in place to deal with the terror elements and also the elements who are anti-national. Any action against the terror networks will weaken such groups and will definitely have a positive impact,” he said.
The DGP said the raids being carried out by NIA, whether in Jammu and Kashmir or outside, are based on inputs, evidence and part of investigations.
“Any ill-founded sought of reaction to such actions is not desirable,” he said when asked what will be his message to the politicians allegedly trying to politicize the ongoing crackdown on the PFI.
He said “a culprit is a culprit, whosoever or whichever society he belongs to. Therefore, there is nothing about looking at something from any communal angle.”
Dilbag, who visited Rajouri and Baramulla – the venues of the two public rallies of Union Home Minister Amit Shah– said all required security arrangements are being made in connection with the visit.
Earlier in the day, the DGP accompanied by Additional Director General of Police, Jammu, Mukesh Singh visited Rajouri and chaired a high level security meeting to review the arrangements in connection with the VVIPs visit.
He had also visited Baramulla in north Kashmir the previous day and chaired a meeting which reviewed the arrangements including deployment of manpower from different security forces and intelligence agencies and route plan.
“All required security arrangements are being made (for the visit of the Home Minister),” the police chief said.
Asked whether any increased activity was reported at the launching pads across the border in view of the Home Minister’s visit, the DGP said “there is no such input at this stage.
“We are keeping a close watch and looking at the security requirements on day to day basis,” he said, adding “whatever inputs we have, we are acting on that and the counter-insurgency operations will continue.”
He referred to the recent successful anti-militant operations in Kashmir and said a militant commander of Jaish-e-Mohammad (JeM) was killed in a gunfight in Kulgam district of south Kashmir on Monday, while two infiltrating militants from Pakistan were neutralized in Kupwara district of north Kashmir.
Addressing the officers, the DGP stressed for greater synergy among different agencies and forces, being deployed for the security of VVIP.
Singh also emphasized upon the officers to keep an eye on the activities of suspicious elements who always try to find an opportunity to disrupt the peaceful atmosphere in the Union Territory.
He directed the officers that proper briefings should be made to the personnel put on security duties at different locations of venues.
The DGP stressed for utilization of technology and security gadgets including CCTV cameras en-route the visit and locations.
He said a comprehensive communication network must be ensured to be established to coordinate among the agencies involved in the security arrangements.