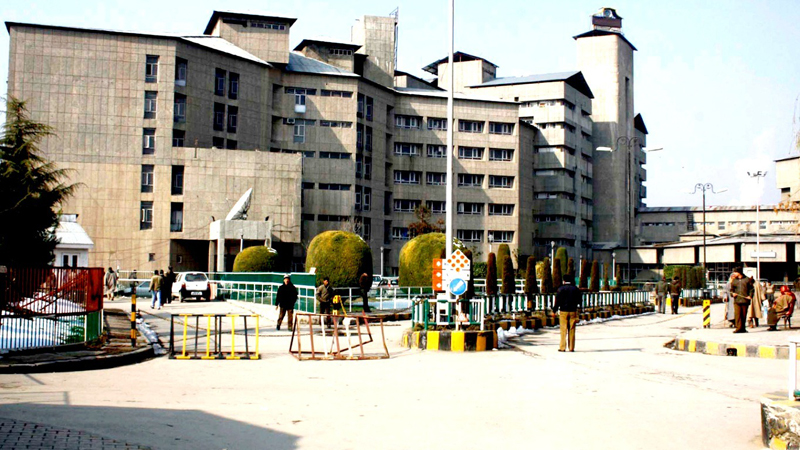 SRINAGAR, July 3: The Committee formed to look into the feasibility of delinking SKIMS Medical College (MC) Bemina from SKIMS Soura has recommended otherwise owing to the shortage of infrastructure on a large scale if the process of delinking is initiated now.
The committee has also said that if the delinking process is initiated, there are apprehensions that both the institutions may get derecognized by the Medical Council of India (MCI), leaving a hole in the healthcare services of the State.
Director SKIMS Dr Omar Javaid Shah-who is one of the members of the committee that was formed-told Excelsior the exercise was not possible as of now and that the committee has written the same to the Government.
“As of now the SKIMS Medical College is dependent in one way or the other on SKIMS Soura; so are we, as we are having a Medical College functioning there, which is a requirement as per the MCI guidelines. So, in a way, if the process is given a go right now, both the institutions will be derecognized by the MCI, which is going to be disastrous,” Dr Shah said.
He said that in order to achieve delinking, it has to be a separate project of more than Rs 500 crores, which will cater to the requirements that are needed at both the places so as to function independently.
“As I said, it is not possible as of now, but if the Government is willing to do that, then it is going to be a much larger project-under which the required infrastructure is built at both the places so that SKIMS Medical College Bemina and SKIMS Soura, will function independently one day,” he said.
Dr Shah said that the SKIMS administration has asked the Government to sanction a college with the capacity of 50 seats in their favour and add up the bed capacity at the SKIMS Bemina. “It can be the beginning of something good, but overall the process will take time,” he said.
Pertinent to mention, to analyze the feasibility of delinking of SKIMS Medical College Bemina from SKIMS Soura, Srinagar and vice-versa, the State Government had in January formed a committee which was headed by Secretary Health & Medical Education Department.
The Committee comprised Secretary, Finance Department; Secretary, Planning, development & Monitoring department; Director SKIMS, Principal GMC Bemina and Addl Secretary (Administration) GAD.
The Committee has submitted its report along with the recommendation to the Government which talks about the pros and cons of the exercise if executed.