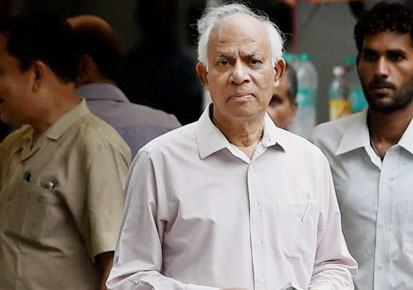 NEW DELHI: A Delhi Court on Friday convicted ex-coal secretary H C Gupta in a corruption case relating to allotment of coal blocks in West Bengal during the previous UPA regime at the Centre.

Five others, including one retired and another serving public servant — K S Kropha and K C Samria — were held guilty for various offences under the Prevention of Corruption Act and Indian Penal Code.

Gupta, who was the Coal Secretary from December 31, 2005 to November 2008, has already been convicted before this in two other cases of coal block allocation in which he has been sentenced to jail for two and three years respectively. He is out on bail in both the cases.

Kropha, who was then the Joint Secretary, Ministry of coal, retired in December 2017 as the Chief Secretary of Meghalaya. He has also been convicted and sentenced to two years in another coal block allocation scam and has been on bail.

Samria then held the rank of Director in the Ministry of coal and is now working as a Joint Secretary in Ministry of Minority Affairs. He has already been convicted and sentenced to two years jail term in another case and has been out on bail. (AGENCIES)