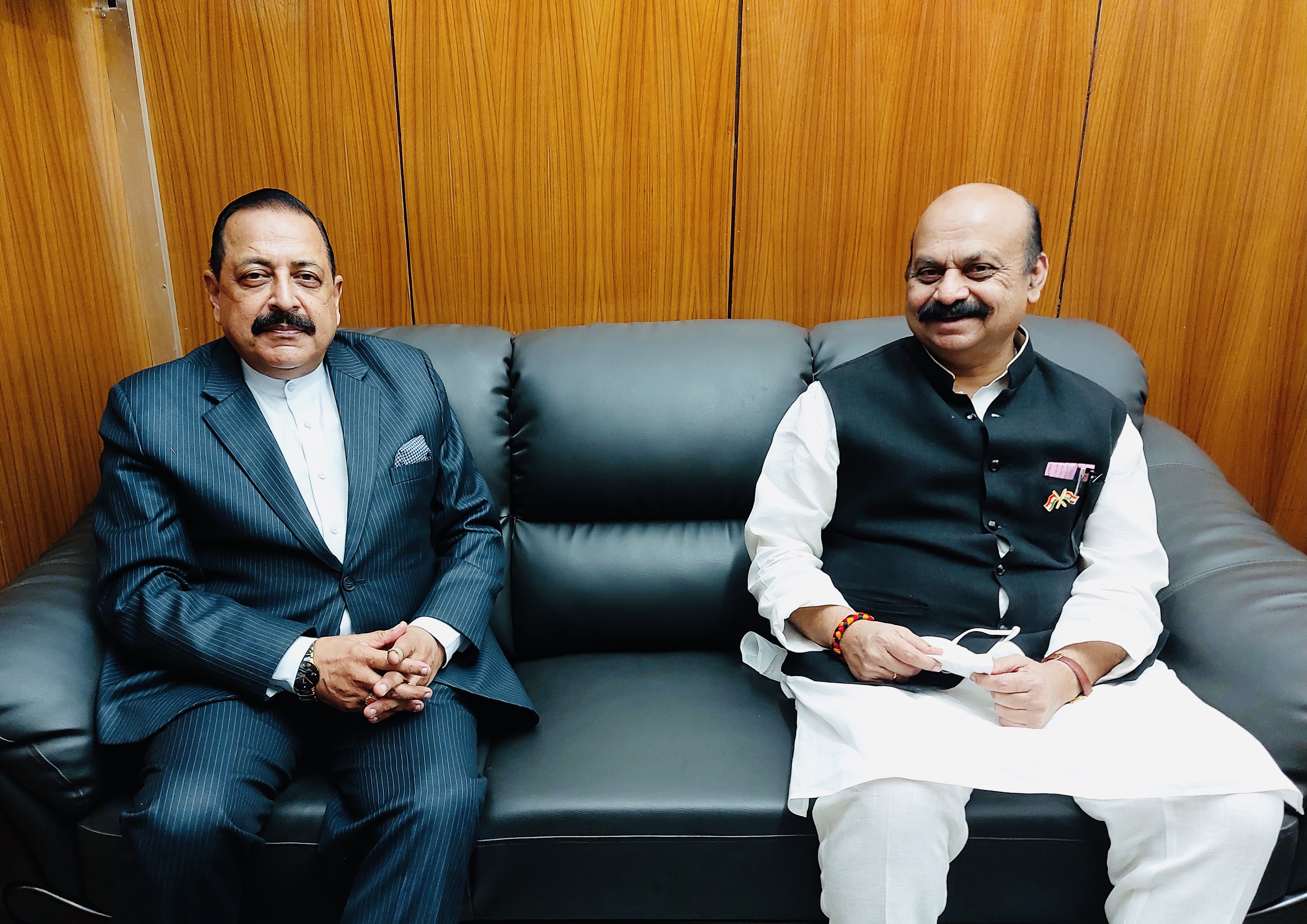 NEW DELHI, Feb 7 : Chief Minister of Karnataka Shri Basavaraj Bommai today called on Union Minister of State (Independent Charge) Science & Technology; Minister of State (Independent Charge) Earth Sciences; MoS PMO, Personnel, Public Grievances, Pensions, Atomic Energy and Space, Dr JitendraSingh and discussed administrative issues related to the State.
Bommai also took up with the DoPT Minister Dr Jitendra Singh posting of All India Service Officers in the State, especially the IAS officers, for effective implementation of welfare-oriented flagship schemes.
Referring to the CPGRAMS, the Karnataka Chief Minister informed that besides grievances being resolved promptly, grievances under COVID 19 category are also continuing and taken up on high priority and resolved maximum within 3 days.
Dr Jitendra Singh flagged the issue of ‘Replication of Good Governance Practices’ in the States and underlined that Citizen Centric Administration is at the Heart of Modi government’s Governance Model. He said, the changes in Government of India towards improved quality of governance have to be reflected in States and Districts as the aim is to provide governance which is corruption free and transparent.
Dr Jitendra Singh also shared with the Karnataka Chief Minister some of the recent developments in the Space sector which has its headquarters at Bangalore. He also spoke about the progress on India’s first Human Space mission ” Gaganyaan”.
Bommai also presented to Dr Jitendra Singh a booklet highlighting the achievements in the last six months and future impact.
Bommai has completed six months as Chief Minister and during the short span of time, his government has initiated a number of programmes and schemes for the benefit of farmers, students, urban dwellers, unorganised workers, elderly, widows and physically disabled.
Bommai is in the national capital on a two-day visit, during which he will also be meeting the Finance Minister Nimala Sitharaman to discuss issues related to central projects and the state budget to be presented next month.