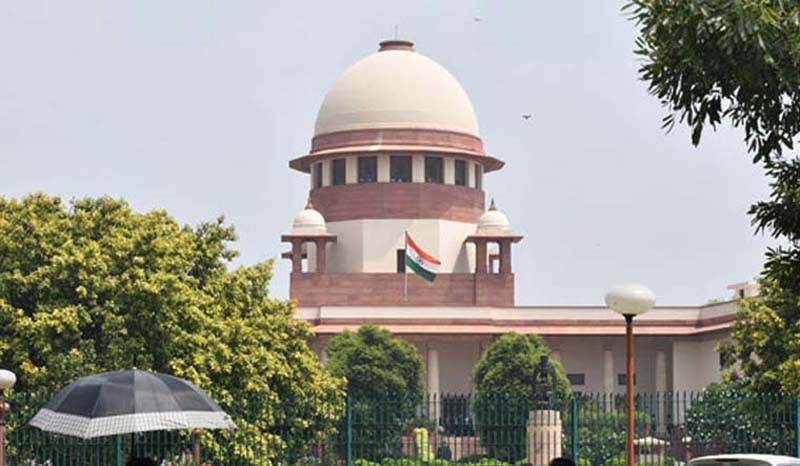 NEW DELHI, Nov 13: Observing that judicial independence and accountability go hand in hand, the Supreme Court today held that the office of the Chief Justice of India (CJI) is a public authority and falls within the purview of the Right to Information (RTI) Act.
Pronouncing a landmark verdict, the Apex Court at the same time said transparency cannot be allowed to run to its absolute and that RTI Act should not be used as a surveillance tool. It also observed there should be a balance between Right to Privacy and Right to Information and they have to be treated as “co-equals”

Click here to watch video
A five-Judge Constitution bench headed by Chief Justice Ranjan Gogoi unanimously upheld the 2010 Delhi High Court judgement and dismissed three appeals filed by Secretary General of the Supreme Court and the Central Public Information officer(CPIO) of the top court.
The High Court on January 10, 2010 held that the CJI office comes within the ambit of the RTI law, saying judicial independence was not a Judge’s privilege, but a responsibility cast upon him.
Hailing the Apex Court verdict, RTI activists said “no one is above the law” and it is a great step towards transparency and building the trust of people in the justice system.
They, however, termed as “extremely unfortunate” and “shocking” the court observation that RTI should not be used as a tool of surveillance.
The move to bring the office of the CJI under the transparency law was initiated by RTI activist S C Agrawal over a decade ago.
“It is a landmark judgment. I welcome it wholeheartedly. In this judgement, the Supreme Court has dismissed appeal of its own CPIO and decided to bring itself under the RTI Act,” Agrawal said. His lawyer Prashant Bhushan said the country is entitled to know what their public servants are doing.
During the hearing, Bhushan had asked: “Do Judges inhabit different universe?”
“No one is above law and specifically those who are performing public duties,” said RTI activist Commodore (retd) Lokesh Batra.
Former Information Commissioner Shailesh Gandhi also hailed the top court’s decision.
“All public servants who are paid by the Government are public servants no matter what their position is? You need to be accountable for your work.”
The bench, also comprising Justices N V Ramana, D Y Chandrachud, Deepak Gupta and Sanjiv Khanna, ruled that only the names of Judges recommended by the Collegium for appointment can be disclosed, not the reasons.
The main issues before the top court was whether the office of the CJI would come within the ambit of the RTI Act and whether the communications between the Collegium and the Government and file noting of the Collegium would be covered under the RTI Act.
“We have concurred with the full bench judgement of the Delhi High Court holding that the office of the Chief Justice of India (CJI) is a public office within the provisions of the Constitution,” said Justice Sanjiv Khanna, writing the judgement for the CJI, Justice Deepak Gupta and himself.
“Independence of judiciary, transparency and accountability go hand in hand,” said Justice Khanna.
“As far as collegium’s recommendations are concerned, the names can be disclosed, but not the reasons,” he said.
Justice N V Ramana, in a separate judgement, said he was concurring with Justice Khanna and stressed there should be a balance between “Right to Privacy and Right to Information and they have to be treated as co-equals and there was a need for a balancing formula.”
While speaking about section 8 and section 8 (1) (j) of the RTI Act, 2005, Justice Ramana said the purport of these provisions is to provide the balance.
“Independence of judiciary should be protected from breach,” said Justice Ramana.
“Judiciary has maintained the trust imposed by the citizens…Transparency cannot be allowed to run to its absolute. Right to Information Act cannot be used as a tool of surveillance,” he added.
Justice Chandrachud, in his separate judgement, said, “Under the scheme of the things, Judges cannot be precluded from the transparency”.
“Judicial independence does not mean insulation of Judges from the rule of law,” he said.
“Judges of the Supreme Court and the CJI under the Constitution did not have different set of hierarchy and they have same set of judicial authority,” he said.
“RTI Act has positive as well as negative aspects, it is meant to provide information to the public and the right to privacy is a constitutional right and neither RTI not the right to privacy are absolute…There is a need for fine-tuning and balancing of various facets of these rights,” he said.
Information officer must emphasise justification in taking decisions on providing information and apply the principle of proportionality, he added.
The high court verdict was delivered by a three-judge bench comprising Chief Justice A P Shah (since retired) and Justices Vikramjit Sen and S Muralidhar. The bench had dismissed a plea of the Supreme Court that contended bringing the CJI’s office within the RTI Act would “hamper” judicial independence. (PTI)