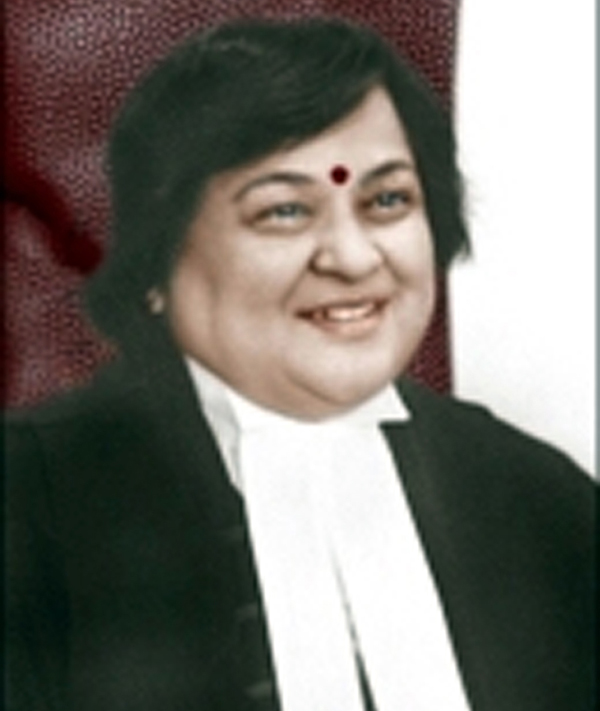 JAMMU, Nov 21: Chief Justice of common High Court for the Union Territory of Jammu and Kashmir and Union Territory of Ladakh Justice Gita Mittal today conveyed her displeasure over delay in the disposal of old cases to the Judicial Officers and asked them to leave no stone unturned to ensure justice as expeditiously as possible. Moreover, she has explicitly told the Principal District and Sessions Judges that they shall be held personally responsible if the situation fails to improve considerably in next few months.
Reliable sources in the Jammu wing of the High Court told EXCELSIOR that Chief Justice Gita Mittal and first Puisne Judge Justice Rajesh Bindal held meeting with all the Judicial Officers of Union Territory of Jammu and Kashmir and Union Territory of Ladakh through video-conference especially on the pendency of old cases.
Registrar General High Court, Principal Secretary to the Chief Justice, Registrar Judicial, Registrar Rules, Registrar Inspection and Director State Judicial Academy were also present in the video-conference.
She conveyed her displeasure over inordinate delay in disposal of civil as well as criminal cases, which are pending for the past more than 10 years, to all the Judicial Officers and dubbed the situation as ‘alarming’, sources said, adding the concern of Justice Gita Mittal was genuine as ever since she took over as Chief Justice of J&K High Court numerous instructions were issued to the Judicial Officers through formal circulars about expeditious disposal of 20 years old, 10 years old and 5 years old cases.
It is pertinent to mention here that Supreme Court has a number of times issued directions to the High Courts across the country for prompt disposal of such cases as delay amounts to denying justice to the parties and erodes faith of the common masses on the judiciary.
Not only instructions through formal circulars issued by the Registrar General of the J&K High Court even Action Plans were formulated from time to time and forwarded to the Principal District and Sessions Judges for onward submission to the Judicial Officers in their respective jurisdictions for strict compliance. Even mechanism for meeting targets fixed in the Action Plans was shared with them but the situation has not improved up to the desired level, sources said.
Making it clear that further slackness would not be tolerated, the Chief Justice, as per the sources, issued directions for prompt disposal of those cases which are pending during the past over 10 years by conducting trial on day-to-day basis. She explicitly told the Principal District and Sessions Judges to personally monitor progress in such cases and furnish weekly reports failing which they shall be held responsible.
She has asked for according utmost priority to those criminal cases in which accused are in custody for the past quite long time. “Prolonged custody of accused due to inordinate delay in disposal of such cases amounts to violation of their fundamental rights”, sources said quoting Chief Justice’s observation.
Justice Mittal has also asked all the Judicial Officers to burn mid-night oil to study such cases in advance and to ensure prompt disposal on the dates of hearing. “The Chief Justice’s directions and instructions are aimed at ensuring speedy justice and will go a long way in strengthening the faith of the common masses on the judiciary”, sources said.
Pointing towards the disposal of 35 years old murder case by Principal District and Sessions Judge Baramulla few days back, the Chief Justice, as per the sources, asked all the Judicial Officers to adopt similar approach in all the civil and criminal cases pending for the past over 10 years.
It was shared with the Judicial Officers that out of 10 cases, which were pending for the past over 20 years in Baramulla, eight have already been disposed off and remaining two will be settled in shortest possible time.
According to the sources, some Judicial Officers attributed delay in disposal of cases to the frequent strikes by the lawyers and seeking of repeated adjournments by them. “For prompt disposal of cases lawyers’ cooperation is essential”, sources said quoting the point raised by some Judicial Officers.