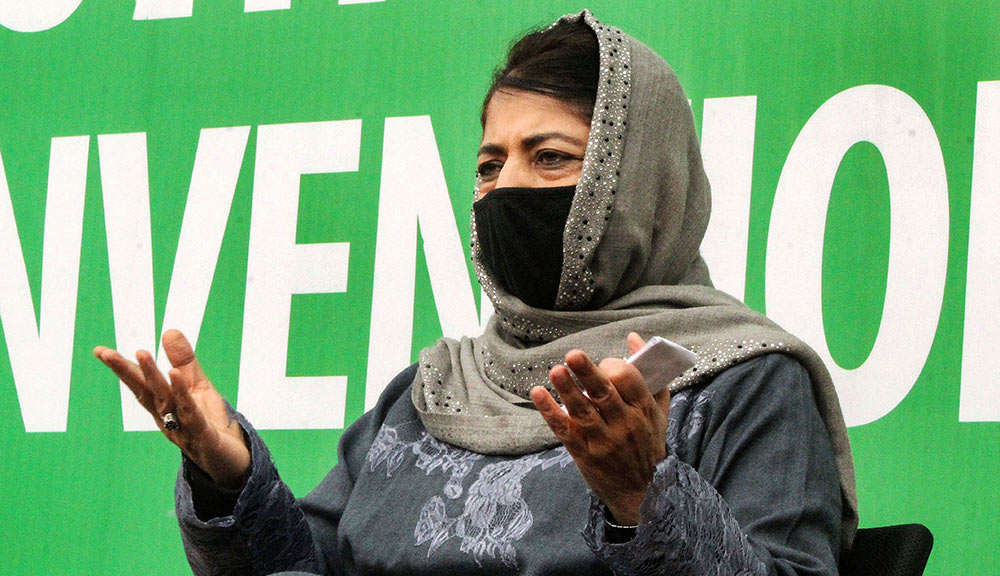 SRINAGAR, May 26: After the killing of a female TV artist by three Lashkar-e-Taiba terrorists in Budgam district, People’s Democratic Party (PDP) president Mehbooba Mufti on Thursday questioned the Centre’s Jammu and Kashmir policy saying the civilian killings in Kashmir did not support Government of India’s claims of normalcy in the union territory.
“In Kashmir, mournings have sadly become the norm & a daily ritual. Countless innocent civilians are killed in one way or the other & devastated families are left behind to pick up the pieces. What will it take for GOI to recalibrate their J&K policy to end this bloodshed,” Mehbooba tweeted.
Commenting on the killing of a female TV artist by three Lashkar-e-Taiba terrorists in Budgam district’s Chadoora area on Wednesday, the former chief minister said while the government was making claims about normalcy, the gruesome killings suggest otherwise.
“GOI keeps blowing its trumpet of normalcy in J&K even when such gruesome incidents suggest otherwise. My heart goes out to Ambreen Bhat’s family and pray her nephew recovers swiftly,” Mehbooba said.
The incident took place in the Hashoora Chadoora area of the central Kashmir district. The woman’s nephew was identified as Farhan Zubair (10).
Two civilians – including Kashmiri Pandit employee Rahul Bhat — and three off-duty policemen have been killed in Kashmir during the month of May by the terrorists. (Agencies)