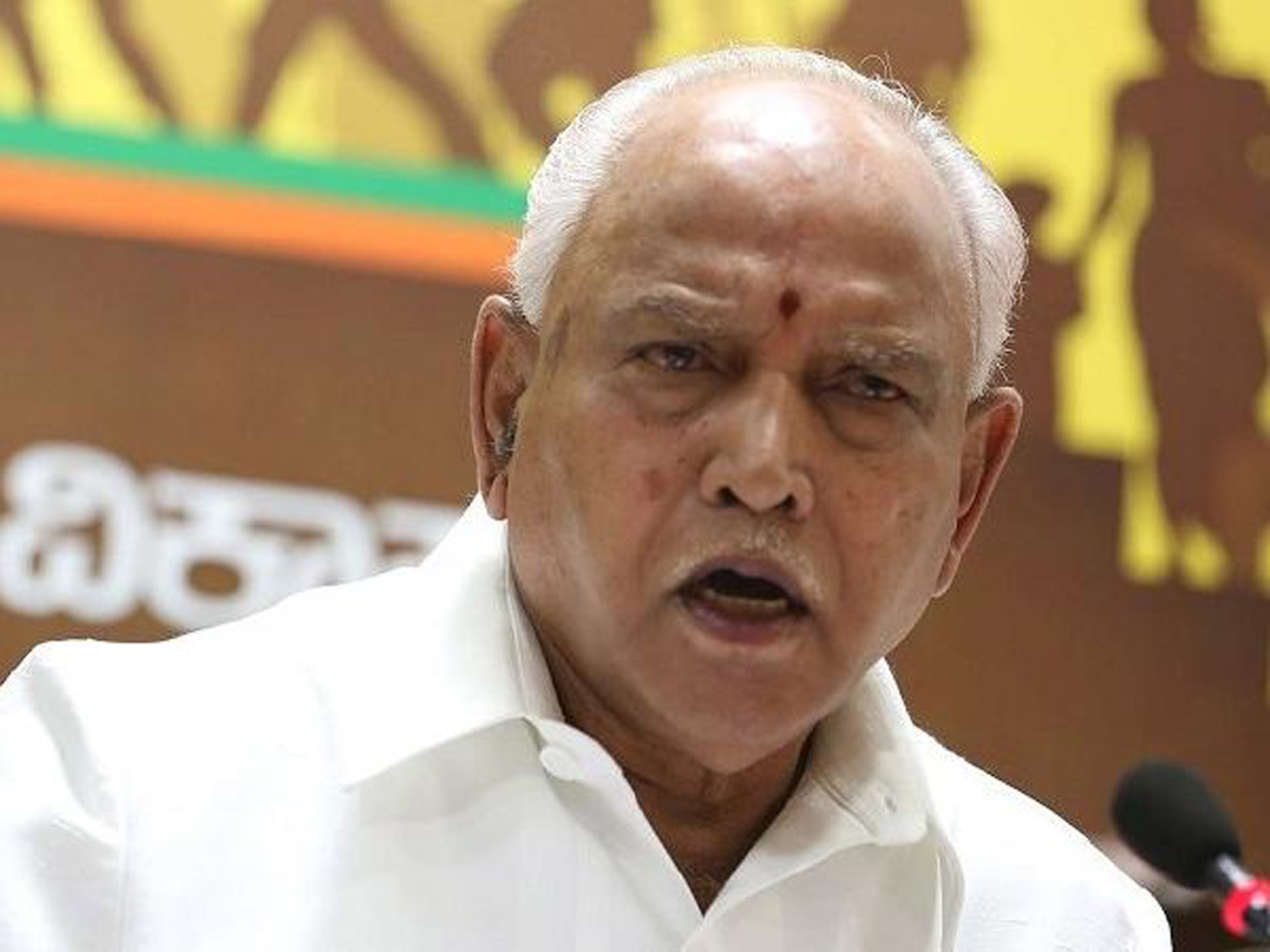 NEW DELHI, Mar 22: The Congress on Friday sought an investigation by the Lokpal into allegations that Rs 1,800 crore bribes were paid by former Karnataka chief minister B S Yeddyurappa to top BJP leadership.

Citing a media report, Congress chief spokesperson Randeep Singh Surjewala said Prime Minister Narendra Modi should come forward and clarify whether bribes to the tune of Rs 1,800 crore were taken by the top BJP leaders as mentioned in the diaries, allegedly of Yeddyurappa.

The BJP denied the charges, with party chief Amit Shah saying that after all the “fake issues” have collapsed, the Congress is now desperately relying on forgery.

“The Congress campaign is in shambles. Now even forgery can’t save them. Few loose sheets given by a Congress minister is only as credible and reliable as (Congress chief) Rahul Gandhi’s leadership skills,” Shah said on Twitter.

Surjewala, while addressing a press conference, said it is for the prime minister to say whether contents of the diaries are correct, and if they are wrong, is he willing to get the matter investigated.

He also alleged that the Income Tax Department had the diaries since 2017 but it did not take action on them. He also asked whether a note in this regard was put up before then I-T Department, who had rejected it.

“The authenticity of this diary which is supposed to be signed on each page by B S Yeddyuruppa, prima facie reflecting corruption of Rs 1800 crore up to the top notch echelons of BJP leadership, has to be investigated,” the Congress leader said.

Yeddyurappa claimed that the allegation was inquired into by the Income Tax Department and it was found that the documents were “fake”. He termed it as a “closed chapter”.

Surjewala said that each person named in this diary must come forward and say they are not guilty and are ready to undergo any kind of investigation.

“I think this is a fit case to be investigated by the newly appointed Lokpal as the first test case. It all lies in the court of the prime minister now to prove if the ‘chowkidar’ is a thief or if the ‘chowkidar’ ready for a probe,” he told reporters.

Congress president Rahul Gandhi accused all BJP leaders of being “corrupt”, citing a report by the Caravan magazine.

Surjewala said the report cited diaries containing details of the alleged pay-offs to senior BJP leaders and it was seized by the Income Tax Department during raids.

“Prima facie, this is a case of investigating all BJP leaders, right from the PM and downwards,” he said.

The Congress spokesperson also read out a purported conversation between Yeddyurappa and a BJP leader alluding to the bribery.

Surjewala said a conversation was released by the Congress on February 14, 2017 purportedly between former Union minister Ananth Kumar and Yeddyuruppa, where they admitted to a payment of Rs 1,000 crore and the existence of a diary.

“Now that so-called diary is out, as they say, its authenticity is to be proved. Prima facie, the dairy reflects, and as the news report also shows, signature of B S Yeddyuruppa on every page,” he claimed.

Somebody has to go through the contents of the diaries and confirm if they are his signatures or not, the Congress leader said.

Meanwhile, Karnataka Congress chief Dinesh Gundu Rao separately met UPA chairperson Sonia Gandhi and demanded a thorough probe into the charges. He accused Modi of being “hypocritical”, saying he talked against corruption but was allegedly involved himself.

Asked whether the Karnataka government or the Congress in the state would legally move forward on the issue of the diaries, he said the decision would be taken after discussions with the party leadership.

Surjewala also said, “All options were open” before the Congress, but it was up to the prime minister and top BJP leadership to come clean on the issue. (PTI)