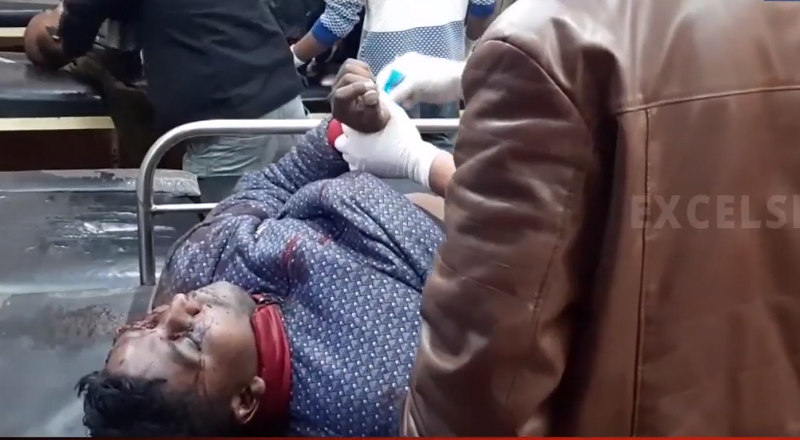 Excelsior Correspondent
UDHAMPUR, Jan 14: In a fratricidal incident, a Central Industrial Security Force (CISF) personnel gunned down his colleague and critically injured another one before ending his own life by shooting self inside a camp near Udhampur town, here this evening.
Condition of the injured CISF personnel was stated to be critical and he has been rushed to Command Hospital Udhampur. He has sustained bullet injury in his abdomen and his identity was established as Constable Sanjay Thackre of Maharahstra.

The incident took place around 5 .30 pm at Sui Camp, about three kilometers from Udhampur Town, which houses 251- battalion of CISF and CRPF also.
According to police, Constable B N Murti opened fire on Mohammad Tasleem, who was on Sentry duty and purportedly died on the spot. In a fit of rage, the accused Constable then rushed towards Cook House where he shot at Sanjay Thakre before ending his own life by shooting self with the same service rifle.
Though exact cause of provocation behind the fratricide could not be ascertained, there was purportedly some heated argument between deceased B N Murti and M Tasleem.
Senior Police officers and SHO Udhampur, Inspector Vijay Singh Choudhary rushed to the spot and started investigation besides registering a case in this connection. Dead bodies of both the slain CISF men were shifted to District Hospital Udhampur for postmortem and other legal formalities.