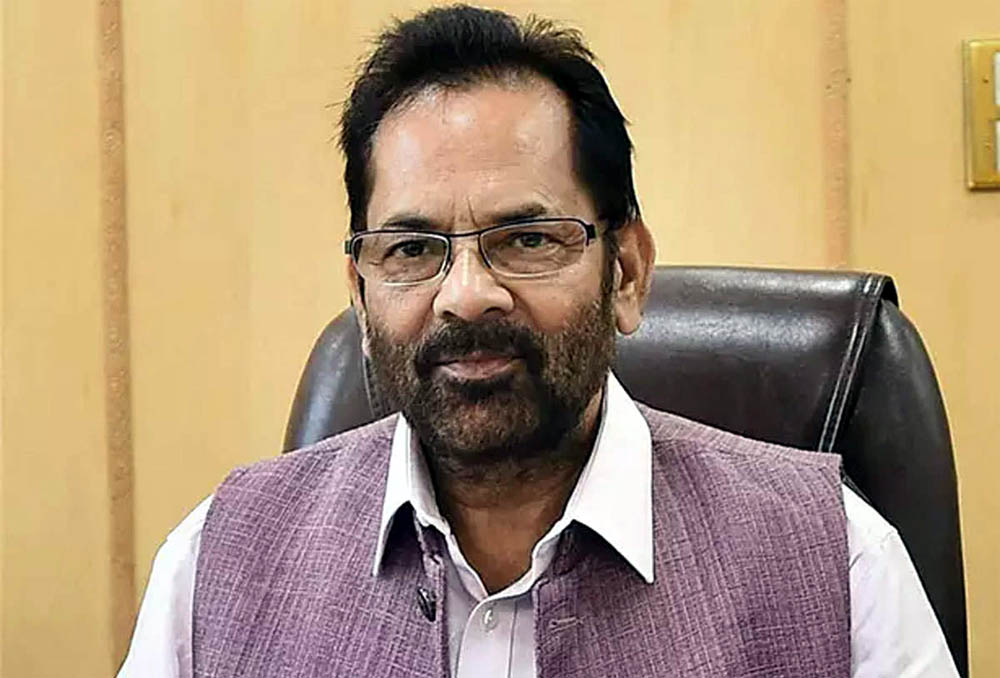 MUMBAI, July 1: Union Minister Mukhtar Abbas Naqvi on Friday said cinema can hit terrorism hard, adding that many Indian and foreign films have played a significant role in giving a meaningful message against the menace of terrorism, violence and radicalism.
He was addressing the ‘5th Global Film Tourism Conclave’ organised by the PHD Chamber of Commerce and Industry in Mumbai.
“Today, there is need for such films which not only entertain but also give an effective message to society,” the minister felt.
Naqvi said the successful and glorious journey of the Indian film industry, which started with common people, should not be limited to the classes, adding that it was a confluence of the world’s finest talent and art.
“We have to take this glorious history of Indian cinema to the top place in the world,” he added.
India is the only country in the world with every season, atmosphere, culture, rituals, summer, winter, rain, snow, mountains, rivers, waterfalls, seas, forests, beautiful villages, elegant cities etc, which make the country an ideal place for any filmmaker, he claimed.
The Modi Government has taken several steps to make India a favourite filming destination, which include providing financial incentives and other facilities to promote production of foreign movies, he added.
Naqvi said the film industries of many countries were playing an important role in the economy of their countries by contributing trillion of dollars.
According to reports, the worldwide box office collection of Hollywood movies is about Rs 47 lakh crore rupees, the worldwide earnings of the British film industry are about Rs 3.31 lakh crore, the earnings of the Chinese film industry from all over the world stood at Rs 2.53 lakh crore, while it was Rs 48,000 crore for the Indian film industry.
Creative films become the pride of the history while casual films perish, he said, adding that India ranked 5th in film production in the world with about 2000 films being produced every year.
Naqvi said the Indian film industry must become the first choice of masses by taking it from “local to global”, and only then would it get worldwide recognition.
India has the best directors, producers, writers, actors, technicians, locations, audiences and national-international markets, all of which can combine to make India the “captain of world cinema”. (PTI)