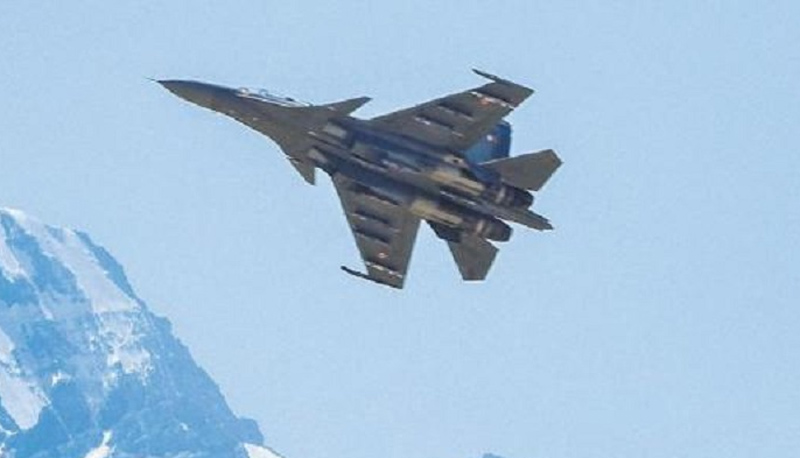 NEW DELHI, June 8:
With India and China engaged in a military standoff for more than a year now, the Chinese Air Force recently carried out a big aerial exercise from its airbases opposite Eastern Ladakh which was watched closely by the Indian side.
“Around 21-22 of Chinese fighter aircrafts mainly including the J-11s which are the Chinese copy of the Su-27 fighters and a few J-16 fighters held an exercise opposite the Indian territory in Eastern Ladakh,” Defence sources said.
The exercise, which was held recently, was watched closely by the Indian side, they said.
The Chinese fighter aircraft activities took place from its bases including the Hotan, Gar Gunsa and Kashgar airfields which have been upgraded recently to enable operations by all types of fighters along with concrete structures to hide away the presence of the number of fighters present at its different airbases, the sources said.
They added the Chinese aircraft remained well within their territory during the aerial drills.
The Indian fighter aircraft activity in the Ladakh area has gone up significantly since last year.
“After the summer deployments of the Chinese troops and Air Force this year, the Indian Air Force has also been regularly deploying detachments of its fighters including the MiG-29s in Ladakh,” sources said.
Sources said that even though the Chinese have withdrawn troops from the Pangong lake area, they have not moved their air defence systems including the HQ-9 and HQ-16 which can target aircraft at long ranges. (Agencies)