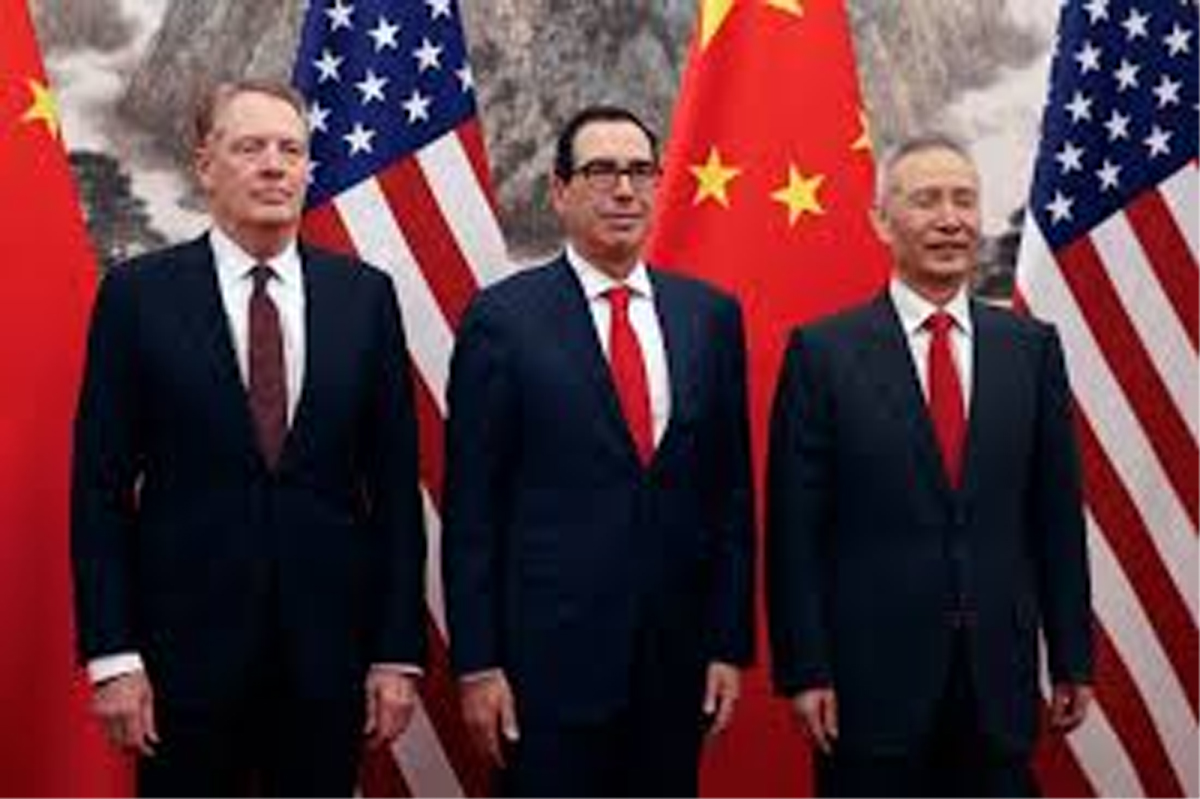 WASHINGTON, May 8: China is sending a high-ranking delegation, led by Vice Premier Liu He, to Washington to resume trade negotiations with the United States, media reports said here.

Reports of He’s visit come after two days of uncertainty on the fate of US-China trade negotiations as President Donald Trump and his top officials accused China of going back on its commitments.

Trump had also announced to increase import tariff on USD 200-billion worth of Chinese products from 10 per cent to 25 per cent from May 10.

However, on Tuesday, Beijing said Liu was headed to Washington for resumption of talks.

“China’s leadership decided a full breakdown in the talks may be difficult to repair and would exact costs on the Chinese economy, according to Chinese officials. In doing so, Chinese leaders broke from a public position that Beijing wouldn’t negotiate under threat,” The Wall Street Journal said in a news dispatch from Beijing.

“There is definitely a sense of urgency that we should get this resolved sooner rather than later. An all-out trade war is in no one’s interest,” an official was quoted as saying by The Wall Street Journal.

“This is about the wholesale theft of American technology. The Chinese are stealing their way to the top. They are forcing companies who want to do business in China to share their I.P (internet protocol address). They are investing wholesale in Silicon Valley and then stealing the technology,” he said.

This legislation will implement many of the recommendations made by the US-China Economic and Security Review Commission and harness the resources of at least ten government agencies to counter multifaceted challenges posed to the United States by China.

A companion legislation was introduced in the US Senate by Senators Chris Coons, Mitt Romney and Tim Kaine.

Following a Closed Policy Luncheon, Senate Republicans accused China of going back on its commitment. Senator John Thune hoped the administration can strike a deal with China and put in place a solid deal that is good for the economy.

“We want to put even more pressure on China. We want to make sure we get this China deal done soon,” Senator Joni Ernest said.

Senate Minority Leader Chuck Schumer told reporters, after the Senate Democrat Policy Luncheon, that there was need for the US to “hang tough” against China.

“I know this for the last few decades (that) China has stolen trillions of dollars and tens of millions of jobs from this country. We have to be strong with them. Any time they detect weakness they take advantage.

“So I believe we ought to hang tough. There ought to be no rush to sign something that is just a photo op. If we hang tough, we can really make progress with China,” Schumer said.

Wall Street stocks tumbled amid renewed trade war fears on Tuesday, joining other leading bourses in selling off amid signs Washington and Beijing were moving further from an agreement.