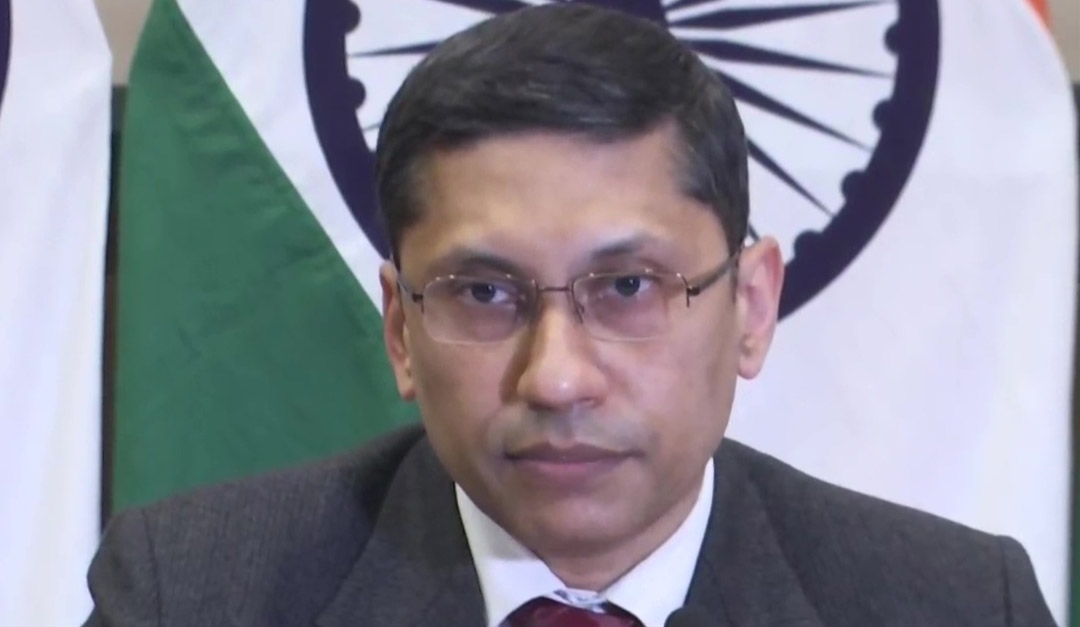 New Delhi, Feb 3: Referring to China choosing a PLA commander injured in Galwan clash for 2022 Winter Olympics torch relay, India on Thursday expressed regret that Beijing has chosen to politicise an event like the Olympics and said its charge d’affaires will not be attending the opening or closing ceremony of the event.
“It is indeed regrettable that the Chinese side has chosen to politicise an event like the Olympics. I wish to inform you that our charge d’affaires of the embassy of India in Beijing will not be attending the opening or closing ceremony of the Beijing 2022 Olympics,” External Affairs Ministry spokesperson Arindam Bagchi said at the weekly media briefing.
Earlier today, a Chinese state media report said a PLA commander, who had suffered severe injuries during the Galwan clash, became a torchbearer at the Beijing Winter Olympics..
The 2022 Winter Olympics will take place in Beijing from February 4 to 20. The US, UK and Canada are among countries that have declared a diplomatic boycott of the Games.
A US lawmaker on Wednesday slammed China for choosing the PLA commander for Beijing 2022 Winter Olympics torch relay.
“It’s shameful that Beijing chose a torchbearer for the Olympics2022 who’s part of the military command that attacked India in 2020 and is implementing genocide against the Uyghurs. The US will continue to support Uyghur freedoms and the sovereignty of India,” said Senator Jim Risch, a Republican who is a Ranking Member of the US Senate Foreign Relations Committee.
A report in an Australian investigative newspaper has revealed that China is hiding its losses in the Galwan Valley clash with India. The new research has shown that the PLA lost at least nine times more soldiers than its official count of four.
At least 38 PLA troops drowned while crossing a fast-flowing, sub-zero river in darkness, according to an article in the ‘The Klaxon’ which cited a report prepared by a group of social media researchers after a year-long investigation.
Of the four soldiers China has confirmed died, only one– Junior Sergeant Wang Zhuoran– is reported as having drowned, the investigative newspaper said. The report cited “several Weibo users” and said, “at least 38 PLA troops along with Wang were washed away and drowned that night…of which only Wang was declared among the four officially dead soldiers.”
The report cited a year-long investigation involving discussions with mainland Chinese bloggers, information obtained from mainland-based Chinese citizens and media reports that have since been deleted by Chinese authorities. (Agencies)