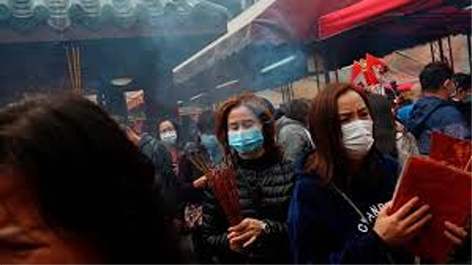 BEIJING, Jan 27: China extended its Lunar New Year holiday three more days to discourage people from traveling as it tries to contain the spread of a viral illness that has caused 80 deaths, the government said Monday.

There were 2,744 confirmed cases by midnight Sunday, the National Health Commission announced.

Tens of millions of Chinese who visited their hometowns or tourist spots were due to return home this week in the world’s largest movement of humanity, raising the risk the virus might spread in crowded trains and planes.

The official end of the holiday will be postponed to Sunday from Friday to effectively reduce mass gatherings” and “block the spread of the epidemic, a Cabinet statement said.

Schools will postpone reopening after the holiday until further notice, the statement said. (AGENCIES)