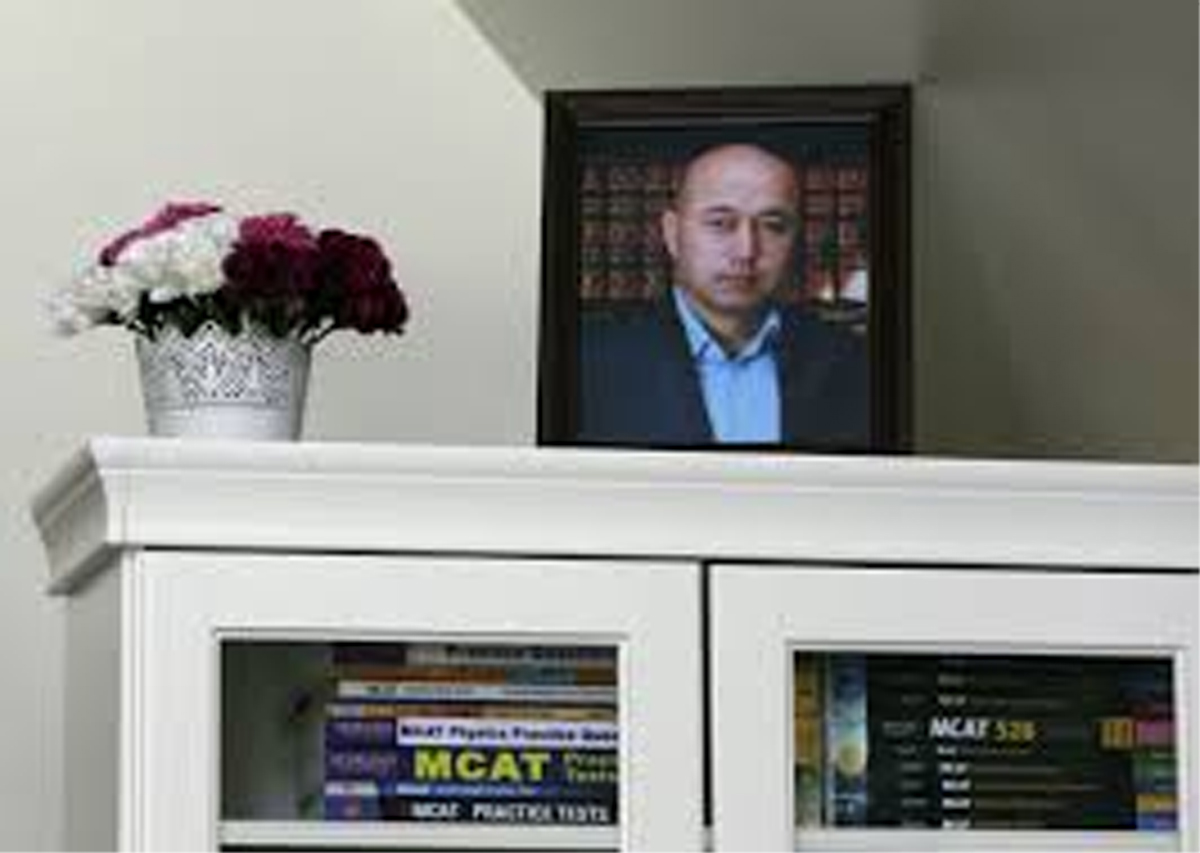 That all changed three years ago when the ruling Communist Party launched what it says is a campaign against ethnic separatism and religious extremism in Xinjiang. Suddenly even respected public figures like Rozi were being arrested, caught up in a crackdown that critics have said amounts to cultural genocide.

An estimated 1 million Uighurs have since been detained in internment camps and prisons across the region, and advocacy groups say that includes more than 400 prominent academics, writers, performers and artists. Critics say the government is targeting intellectuals as a way to dilute, or even erase, the Uighur culture, language and identity.

After being taken away by police in 2016, Rozi, 54, was sentenced to more than a decade in prison on charges of incitement to subvert state power.

As one of the first prominent people to be detained, Rozi’s story illustrates how even Uighurs who toed the party line and were accepted by the government have been rebranded enemies of the state amid the widening campaign of surveillance and detention underway in Xinjiang.

“He had many friends among government officials. He was able to use his connections to sell his books,” said Abduweli Ayup, a linguist who knew Rozi through a Uighur bookstore Ayup once ran. “Those books sold very well.”

China’s 11 million Uighurs are culturally, linguistically and religiously distinct from the country’s overwhelmingly ethnic Han majority, who have increasingly migrated to the resource-rich region and occupy most of the well-paid jobs and powerful government positions. Uighurs speak a Turkic language and many are practicing Muslims.

For decades, Uighur intellectuals maneuvered carefully, working to advance their culture while avoiding being tarred as separatists or extremists. They thrived even as the government periodically relaxed and tightened its grip on the region.

Rozi’s friends, family, and former classmates describe him as sharp, disciplined and very careful, standing out for his political and business savvy. As a college student in the 1980s, he stayed away from the pro-democracy movements that were roiling China and avoided socializing with known activists.

He shot to fame among Uighurs after tangling with famous writers, winning people over during heated debates on television. He cultivated ties with state officials that allowed him to write on sensitive topics like Islam and Uighur identity.

Rozi urged his people to become educated to counter stereotypes of Uighurs as backward, exotic or extremist.

“It seemed like on TV and in state propaganda, all we did was sing and dance,” Rozi’s son Kamaltürk Yalqun said from Philadelphia, where he and other family members live in exile. “My father didn’t like this label.

He wanted us to become entrepreneurs, scientists, intellectuals.” When the government tapped Rozi in 2001 to head a committee in charge of compiling Uighur literature textbooks, he leapt at the chance.

He and his family moved into a housing compound with Xinjiang Education Press editors and schooling officials, debating world events over dinner with others in the tight-knit community of Uighur scholars and writers. Rozi kept a large study overflowing with books, shutting himself in on weekends to focus on writing and editing.

Rozi was accustomed to dealing with the government’s fears of an independent Uighur identity, and though he sometimes quarreled with censors, his works always made it to publication.

The family’s fortunes and those of the Uighurs as a whole took a dramatic turn after a string of terror attacks in Xinjiang in 2014, shortly after Chinese President Xi Jinping came to power. In response, Beijing kicked off its suffocating security crackdown.

Rozi was arrested soon after Chen Quanguo, a hard-line politician, became Xinjiang’s top official in 2016 and his books were pulled from shelves.

Soon his former colleagues at Xinjiang Education Press began disappearing, as did the officials who used to supervise his work. Colleges held political meetings to denounce “problematic textbooks,” including Rozi’s, calling them “treasonous” and a “great scourge” that poisoned Uighurs with ideas of splitting China.

“Those textbooks weren’t political at all,” Kamaltürk said from Philadelphia, where he and other family members live in exile. “There were things in there about taking pride in being ethnic Uighurs, and that’s what the Chinese government was upset with.” The intensity of Beijing’s crackdown caught many by surprise, shocking even hardened dissidents.

“In retrospect, it was a signal,” said Abdurehim Dolet, Rozi’s close friend and former business partner who now lives in Turkey. “We all thought this was only temporary, that things would get better. He was made an example.”

The Chinese Foreign Ministry referred questions about Rozi’s case to regional authorities, who did not respond to a fax for comment.

Experts say the campaign against Rozi’s books is part of a systematic effort by Beijing to distance young Uighurs from their language and culture, including by putting thousands of Uighurs in Mandarin-only orphanages and boarding schools. (AGENCIES)