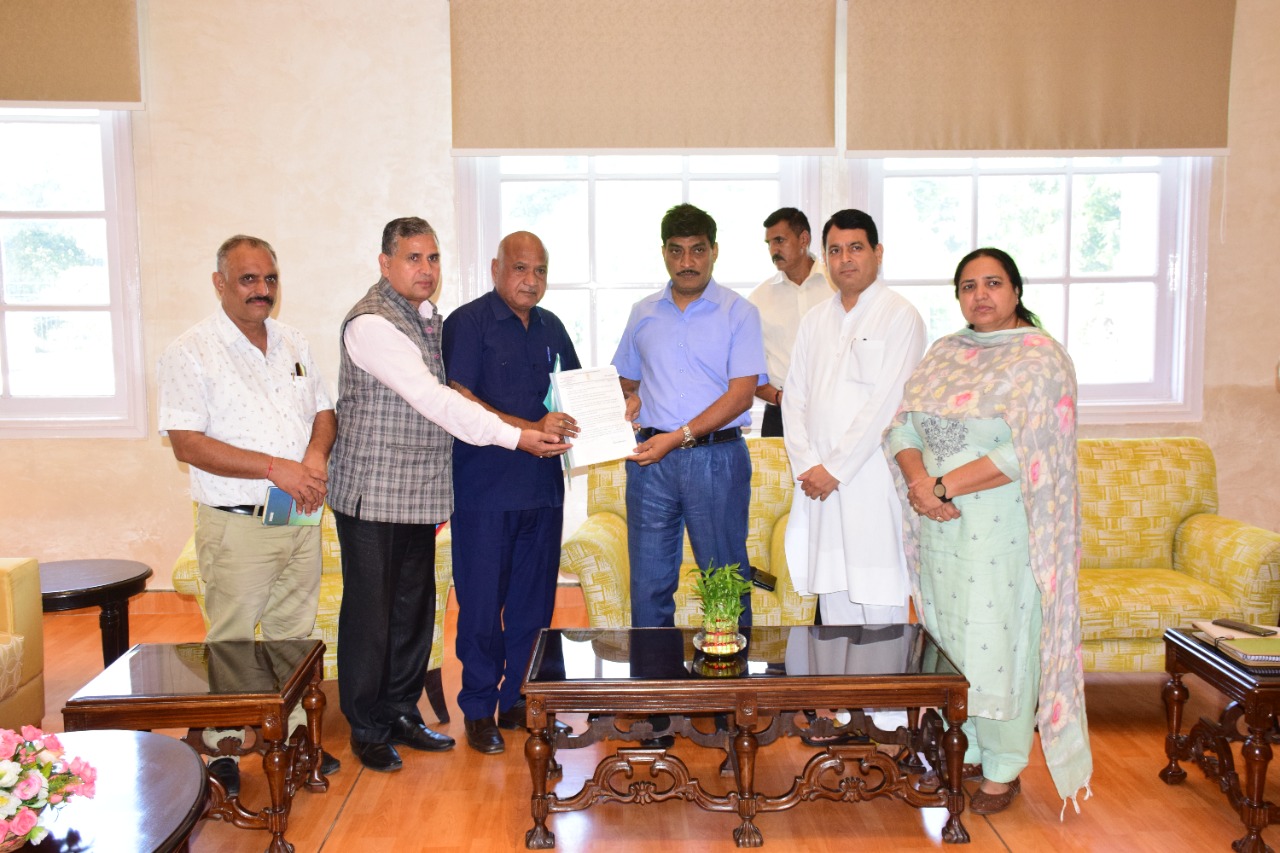 JAMMU, SEPTEMBER 19: Chief Secretary Dr Arun Kumar Mehta met delegations at the Convention Centre here today.
A delegation led by DDC Chairman Jammu, Bharat Bhushan consisting of several DDC members submitted a memorandum to the Chief Secretary and projected their issues. Prominent issues discussed in the meeting included those pertaining to roads and power supply.
The Chief Secretary gave a patient hearing to the delegation and assured that power related issues would be mitigated in a few months due to a number of transformational measures being taken by the administration. He assured that regular supply of tap water would be ensured under the Jal Jeevan Mission from this year. Similarly, round the clock supply of electricity would be ensured in a few months, he added.
Dr Mehta advised the delegation to conduct social audit of primary schools in their respective panchayats.
Other members of the delegation raised issues pertaining to dwellers of border areas, mining, education and health services etc. He assured the delegation about resolution of all issues under norms in a timely manner.
In a meeting with a delegation of BDC members, the Chief Secretary took stock of developmental works in panchayats and discussed whole range of issues. The Chief Secretary called upon them to cooperate and help eliminate the menace of drugs by actively participating in Nasha Mukt Bharat Abhiyaan.
A delegation of Sarpanchs also called upon Dr Mehta. The delegation raised issues related to shortage of staff in their local institutions, PMAY houses, release of pending payments etc. The Chief Secretary sought their cooperation in ongoing Nasha Mukt Bharat Abhiyaan for desired outcomes.
He also assured that officers from all departments will meet PRI members at least once every month on an identified day.
The delegation was assured that all cattle would be vaccinated against Lumpy Skin Diseases shortly.
A delegation led by Chairman Public Health Sanitation Standing Committee, Raj Kumar Tarkhan, on behalf of residents of Channi Rama, Channi Bija, Channi Himmat and Channi Kamala, met with the Chief Secretary and requested re-opening of common PW(R&B) road closed during Covid pandemic.
The delegation of various trade and business bodies, led by the Chamber of Commerce & Industry also submitted a list of their issues and demands to the Chief Secretary. Dr Mehta also interacted with the delegation of transporters, who highlighted demands of their sector.
Representatives of All India Jat Mahasabha also met with the Chief Secretary and submitted a memorandum of their issues.