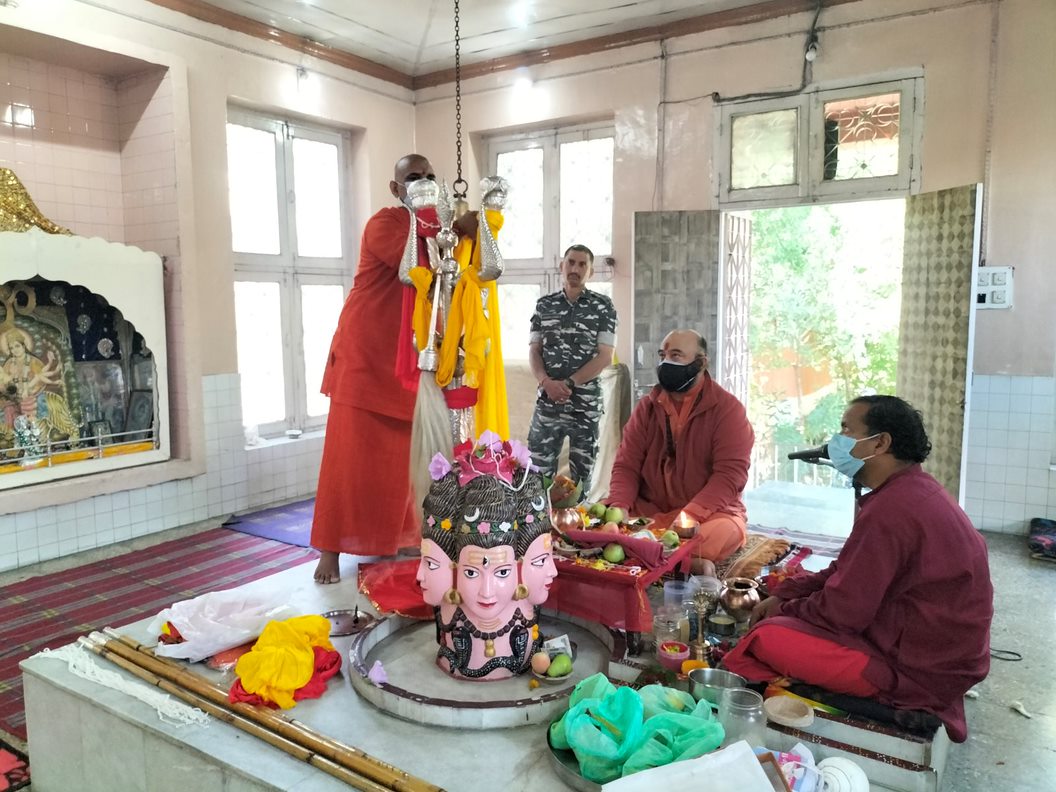 Srinagar, July 31: The ‘Chhari Sthapana’ of Chhari-Mubarak (silver mace) of Baba Amarnath was performed at Shri Amareshwar Temple at Akhara Building in Budshah Chowk here on Sunday.
A group of Sadhus led by Mahant Deependra Giri, the custodian of the Chhari Mubarak, held prayers amid the chanting Vedic hymns at Shri Amareshwar Temple for about two hours.
Chhari-Mubarak, one depicting Lord Shiva and another Goddess Parvati, will be kept in the Temple at Akhara Building Srinagar for ‘Darshan’ till August 7 before it will be taken for the main course of the pilgrimage.
The pilgrims and public in general can have the privilege to have ‘Darshan’ of Holy Mace at the Temple, a statement said.
Traditional ‘Chhari-Pujan’ will be performed on Tuesday August 2 on the occasion of ‘Nag-Panchami’ (Shravan Shukla Paksha Panchami) at Dashnami Akhara Srinagar.
The True Trust, founded by Mahant Giri in 2004, has made all necessary arrangements for Sadhus and needy from the general public coming from across the country to join the Chhari-Mubarak of Amarnath Yatra for their food, tented accommodation and transportation during the annual pilgrimage.