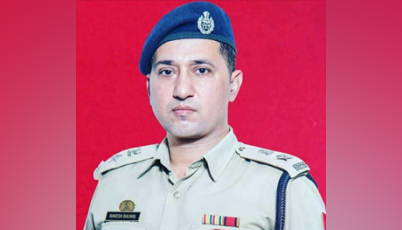 SRINAGAR, Feb 9: Senior Superintendent of Police (SSP) Srinagar Rakesh Balwal on Wednesday said the charge sheet in the recent acid attack case in which a 24-year-old girl suffered extensive burns would be filed in four-five days.
Investigations in the case are going on priority bases and in four or five days a charge sheet would be filed against the culprits,SSP Balwal told mediapersons in Srinagar.
We will ensure strongest sections of law be applied against the accused, he said, adding we want speedy prosecution in this case.
Meanwhile, District Magistrate Aijaz Asad said, on the instance of Lt Governor Manoj Sinha the girl has been shifted to Chennai for special treatment and doctors are very positive there about her eyesight besides it needs peoples blessings.
He said all expenses of treatment would be beard by the government. We are abiding by our promise for the rehabilitation of the victim and his family, he added.
Pertinently here, the girl suffered burns in an acid attack allegedly carried out by a man in Srinagar on February 1 at Usmania Colony in Wantpora area of old Srinagar.
Police have already arrested three persons in the case including the main accused.
The girl was shifted to Shri Maharaja Hari Singh (SMHS) hospital for initial treatment before being shifted to Chennai . (Agencies)