Excelsior Correspondent
JAMMU, Sept 16: The Jammu Chamber of Commerce and Industry (JCCI) today announced Jammu bandh on September 18 (Monday) in support of local popular demands regarding withdrawal of Toll  Tax at Lakhanpur, declaration of holiday on birthday of Maharaja Hari Singh, deportation of Rohingyas from Jammu and early commencement of work on All India Institute of Medical Sciences (AIIMS)  in Jammu.
Click here to watch video
Addressing a press conference here today, JCCI president, Rakesh Gupta said that time has come when not only trade, industry, transport but every common man who is citizen of J&K, needs to wake up against the unilateral attitude of the people occupying the seats of power and question the working of majority of ministers who feel that they are not accountable. The Chamber president felt the need of communicating grievances to the Union Home Minister on his recent visit to Jammu and expected that the State BJP shall rise to the occasion and start working in a positive manner but on the contrary the statement of State BJP chief  Sat Sharma on a local channel on September 15 that few complaints to the Home Minister do not matter, speak volumes about the intensions and style BJP  working in the region.
The Chamber president announced one day complete shutdown in Jammu province of all business establishments and ‘Chaka Jam’ on Monday  (September 18, 2017) against the statement of State BJP chief  and specially poor functioning of Jammu ministers.  Gupta appealed to the people of Jammu province to observe complete shutdown  in a peaceful manner to express resentment against the unaccountable and insincere working of majority of the ministers.
The Chamber further warned the Government to launch indefinite bandh  if the demands projected are not accepted by coming Navratras.
JCCI president said that there can not be two parallel taxes when formula of ‘One Nation One Tax’ has been adopted. He sought stoppage of Toll Tax at Lakhanpur; early commencement of work on AIIMS in Jammu; hold high level enquiry into shelving of Artificial Lake project on river Tawi on which Rs 70 crore have  already being spent; provide incentives to the whole industry in  J&K on the pattern of North East,   bring amendment in Jammu Master Plan, improve power structure and supply position, deportation of Rohingyas from Jammu  and  declare State holiday on the birthday of Maharaja Hari Singh.
Meanwhile, Panthers Party in its working committee meeting convened by Harsh Dev Singh has unanimously decided to call for “Jammu Bandh” on Monday  against the BJP’s gross failure to address the issues of Jammu region and fulfil the aspirations of the people.
Jammu West Assembly Movement president Sunil Dimple has fully supported the Jammu bandh call given by Chamber and appealed to the people to observe complete shut down on Monday.
Shri Ram Sena, Jammu led by Rajiv Mahajan has also supported the bandh call  and issued appeal to the Jammu people/ traders to observe complete bandh as mark of protest against BJP-PDP Government. 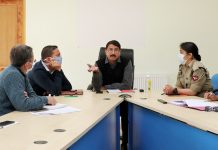 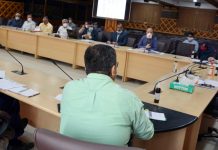 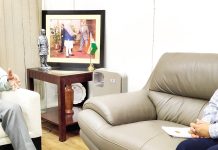 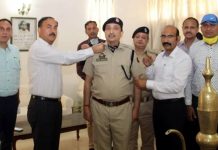 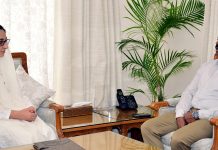 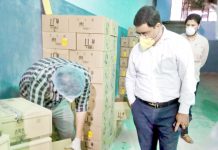 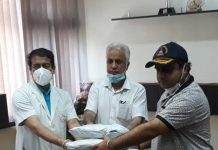 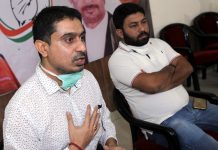 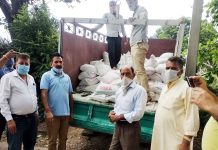 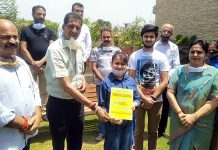 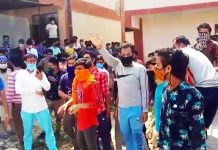