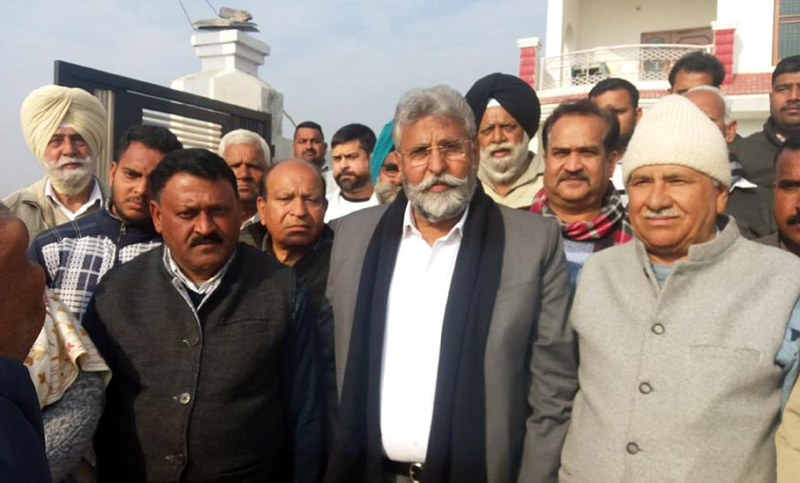 Excelsior Correspondent
SAMBA, Dec 25: All India Jat Maha Sabha (AIJMS) President, Chaudhary Manmohan Singh has urged the Government to grant OBC status to the community members before holding Assembly elections in the Jammu and Kashmir Union Territory.
He reiterated this demand during a meeting of the All India Jat Maha Sabha (AIJMS) at border village of Kangwala in district Samba, which was presided over by him.
Ch Manmohan Singh said that earlier Article 370 was cited as the hurdle in conferring OBC status to the Jat community but now when Articles 370 as well as Article 35A had gone and full authority lies in the hands of the Union Government why the Government is adopting a dilly-dallying attitude on this very significant issue concerning the Jats.
He warned that in case the Government fails to provide OBC status without any further delay then the Jat community will resort to a strong agitation and the Government will be wholly and solely responsible for the consequences thereof.
Ch Manmohan Singh said that members of the community across the J&K Union territory are being made aware about the latest status on the issue and be ready for the agitation if necessary.
He also raised serious concern over dilly-dally tactics adopted by the Government for not providing ownership rights to people of Jat community having possession of custodian land for the last more than 50 years.
Later, Ch Manmohan Singh reconstituted Advisory Committee of Samba unit by nominating S Darshan Singh as its Chairman, Tirath Singh as President, Om Singh as Vice President and Preet Choudhary as Media In-charge.
The Youth Wing of Jat Maha Sabha was also reconstituted in which Satish Choudhary was nominated as President, Sarpanch Sunil Choudhary as Senior Vice President and Panch Sanjeev Choudhary as General Secretary.
The Samba Tehsil Committee was also reconstituted in which Rattan Lal Choudhary was nominated as President, Sapranch Parveen Choudhary Senior Vice President, Lect (Retd) Girdhari Choudhary Senior Vice President and Adv Devinder Singh Sonu as General Secretary.
Rajpura Tehsil Committee was reconstituted with Ch Darshan Lal elected as President, Ch Darshan Lal Rajpura as Vice President and Subhash Choudhary as General Secretary, Sarpanch.
During the meeting, Reena Choudhary was also re-elected as President of Samba Women Wing of the Maha Sabha.