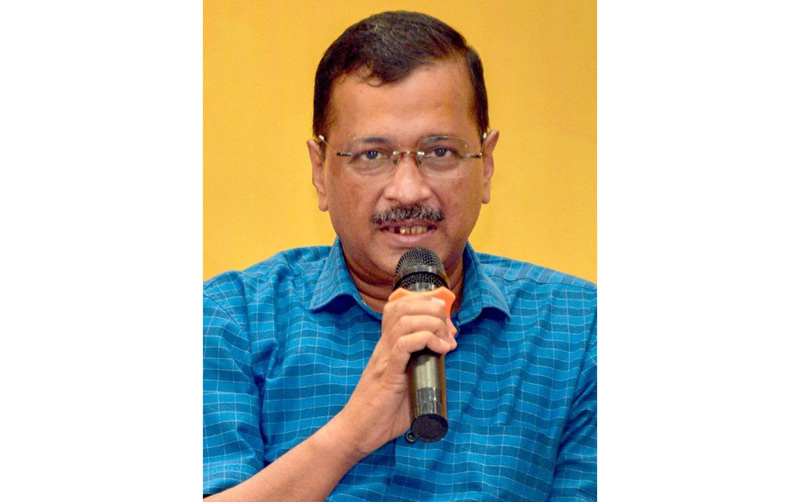 NEW DELHI, Sept 16:
Delhi Chief Minister Arvind Kejriwal on Friday said he has failed to understand what the liquor scam was about, and advised the Centre to do positive things for progress of the country instead of “harassing” everyone with CBI and ED.
His remarks came amid raids by the Enforcement Directorate at 40 locations across the country in connection with alleged irregularities in implementation of Excise Policy 2021-22 of the AAP Government in Delhi.
“I have till date not been able to understand what this liquor scam is. One of their (BJP) leaders said it is a scam of Rs 1.5 lakh crore. How can it be a scam of Rs 1.5 lakh crore when the whole budget of Delhi is Rs 70,000 crore only?
“Another of their leaders said it was a Rs 8,000 crore scam, yet another said it was a Rs 1,100 crore scam. The L-G said it was a Rs 144 crore scam, while the CBI said it was a Rs 1 crore scam,” Kejriwal said in a press conference.
He said the Central Bureau of Investigation (CBI) during its raid at his deputy Manish Sisodia’s residence, search of his locker and enquiries at his village did not find even a penny of irregularities in the policy.
“So, what is this scam?” he questioned.
Accusing the BJP-led Centre, the chief minister said it should do some positive work for the country instead of indulging day and night with the CBI and the Enforcement Directorate (ED).
“If the Centre does not do any positive work and keep troubling and scaring everyone with CBI and ED, how will the country progress?” he asked.
Kejriwal said the Centre is free to catch anyone if some wrong is done, but the progress of the country is hampered if it “unnecessarily” uses CBI and ED to “scare and threaten” everyone.
He also advised the Centre to talk about positive things like schools, and claimed 95 per cent press conferences of his government were about such positive things.
The Kejriwal government withdrew the Excise Policy 2021-22 in July after a CBI probe was recommended into alleged irregularities in its implementation from November 17, 2021.
The CBI, in its FIR in the matter, has named Sisodia as one of the accused. Reacting to a purported sting video cited by the BJP leaders, Sisodia had dared the CBI to arrest him by Monday if there was any truth in it. The BJP, including its leaders from Delhi, have launched an attack on Kejriwal and AAP, demanding sacking of Sisodia.
It has also been alleged by the BJP that Kejriwal and his party leaders were making all efforts to divert the attention of people from the “liquor scam” and avoided answering questions like why the excise policy was withdrawn when there were no irregularities in it. (PTI)