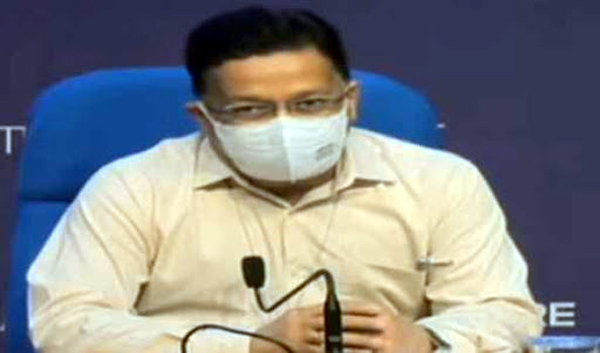 NEW DELHI, Sept 2:
After reports of a new variant emerged in Columbia and countries of South America, the Union Health Ministry has added seven new countries to the list from where the passengers will be required to undergo pre-arrival RT-PCR testing at least 72 hours before boarding and will additionally be tested on arrival in India through RT-PCR test, officials said on Thursday.
“Seven countries have been added in the scope of part B of Union Health Ministry’s guidelines on International Arrival, in addition to existing Countries in Part B,” Rajesh Bhushan, Secretary, Ministry of Health and Family Welfare told reporters
The Ministry said that it has added South Africa, Bangladesh, Botswana, China, Mauritius, New Zealand, Zimbabwe to the list. The list already includes countries from United Kingdom, Europe and the Middle East.
Bhushan said the international passengers are required to produce negative RT-PCR testing not older than 72 hours before boarding the flights.
“Under the said guidelines, only asymptomatic passengers are allowed to board the flights to India. Travellers from the countries mentioned in Part B of the Guidelines will additionally be tested on arrival in India through RT-PCR test,” he added.
The move comes after different mutations in the Coronavirus have been observed in other parts of the world.
The World Health Organization (WHO) in its weekly bulletin designated the Mu strain of Coronavirus, first detected in Colombia, as a “variant of interest”.
The WHO has warned that the new Mu variant shows signs of possible resistance to vaccines.
“Based on the latest round of assessments, B.1.621 was classified as a VOI on 30 August 2021 and given the WHO label ?Mu?,” WHO said in a statement. (UNI)