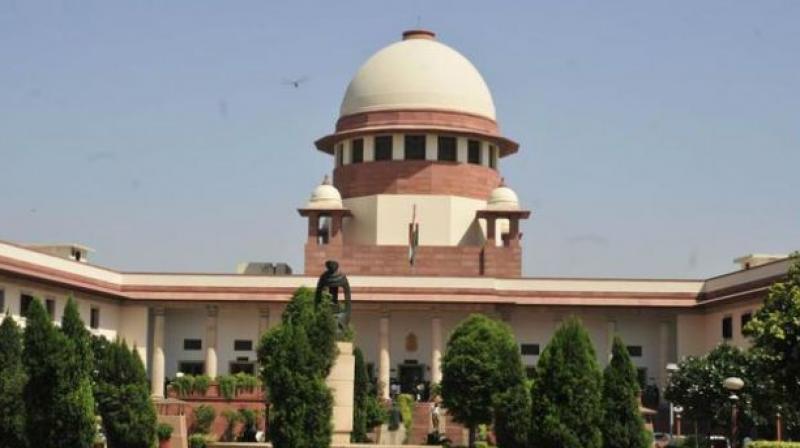 NEW DELHI: The Centre Tuesday moved the Supreme Court seeking its permission to return the 67-acre acquired land around the disputed Ram Janambhoomi Babri Masjid site to original owners.
In a fresh plea, the Centre said it had acquired 67 acres of land around the 2.77 acre disputed Ram Janambhoomi-Babri Masjid site.
The plea has said that the Ram Janambhoomi Nyas (a trust to promote construction of Ram Temple) had sought return of excess land acquired in 1991 to original owners.
Earlier, the apex court had ordered that the status quo be maintained with regard to the acquired 67 acre of land around the disputed site.
The central government in 1991 had acquired 67 acre land around the disputed site.
Fourteen appeals have been filed in the apex court against the 2010 Allahabad High Court judgement, delivered in four civil suits, that the 2.77-acre land be partitioned equally among three parties — the Sunni Waqf Board, the Nirmohi Akhara and Ram Lalla.
The Supreme Court had on Sunday cancelled the hearing scheduled for Tuesday in the title dispute case due to non-availability of Justice S A Bobde, one of the five judges of the Constitution bench. (agencies)