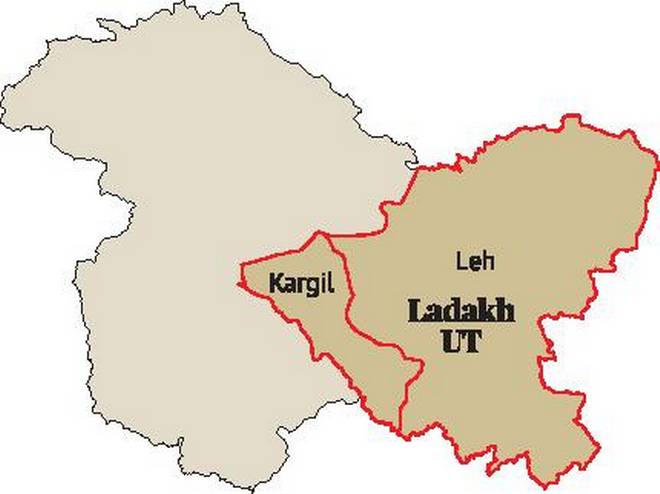 Criteria to be relaxed

Excelsior Correspondent
JAMMU, Sept 10: After declaration of Ladakh as Union Territory and proposal mooted by the three Union Ministries for according tribal status to it, the Union Ministry for Housing and Urban Affairs has hinted at including Leh and Kargil in the ‘Smart City Mission’, a status which was presently confined to Jammu and Srinagar cities only in Jammu and Kashmir State.
Official sources told the Excelsior that the Union Ministry for Housing and Urban Affairs headed by Hardeep Singh Puri as Union Minister of State with Independent Charge, wasn’t averse to declaration of Leh and Kargil, the only two districts so far in entire Ladakh Union Territory, as “smart cities”.
The Central Government had proposed total of 100 “smart cities” across the country but the cities were selected based on certain conditions and criteria. However, according to sources, these conditions might be relaxed for Leh and Kargil to make them smart cities as both may not be able to meet the set criteria.
People from Leh and Kargil have always complained lack of development but declaration of the two cities as the smart cities would go a long way in their development and make them better tourist destinations in the days to come.
Sources confirmed that the Union Housing and Urban Affairs Ministry has sought a detailed proposal from the local administration of Leh and Kargil to execute various development projects in Ladakh region, which was declared a Union Territory by the Central Government on August 5 along with Jammu and Kashmir. The Union Territory will come into existence on October 31.
An official confirmed that the Ministry is also contemplating to include these two regions under its ‘Smart City Mission’, a flagship programme of the Narendra Modi Government.
“We have asked the local administration to submit a detailed proposal to execute various projects for the development of Leh and Kargil. Once the proposal is submitted, we will examine it and release funds for the same,” the official said.
Asked whether Leh and Kargil will be included in the ‘Smart City Mission’, he said, “We are contemplating it.”
Under the mission launched by Prime Minister Narendra Modi in June 2015, the Ministry has selected 100 cities, where 5,151 projects worth Rs 2.05 crore are proposed to be executed in five years. Jammu is also among the 100 cities under the mission along with Srinagar, both rotational capital cities of Jammu and Kashmir, which serve as seat of the Government for six months each (Jammu during winter and Srinagar in summer).
Last week, the Central Public Works Department (CPWD), a prime construction agency of the Central Government, offered the Jammu and Kashmir administration assistance in building “economical” and “best quality” infrastructure in the two Union Territories of Jammu and Kashmir and Ladakh.
Prabhakar Singh, Director General of CPWD, has written to Chief Secretary B V R Subrahmanyam, saying it will increase its manpower in the regions for execution of developmental projects, the officials said.
Only a day before, the Ministries of Home, Law and Tribal Affairs and the National Commission of Scheduled Tribes had “broadly” agreed to a proposal to recommend “tribal area” status for Ladakh.
Internal discussions took place among representatives of the Ministries and the Commission on September 4 to understand the issue.
“Broadly, everyone has agreed to the proposal of recommending tribal area status for Ladakh. A discussion on various provisions of the Fifth and the Sixth Schedule took place during the meeting. A final call will be taken on the matter on September 11,” according to sources.
The meeting came amid a growing demand from leaders in Ladakh for according “tribal area” status to the region.
The Sixth Schedule provides for the administration of tribal areas in the States of Assam, Meghalaya, Tripura and Mizoram after setting up Autonomous District and Regional Councils.