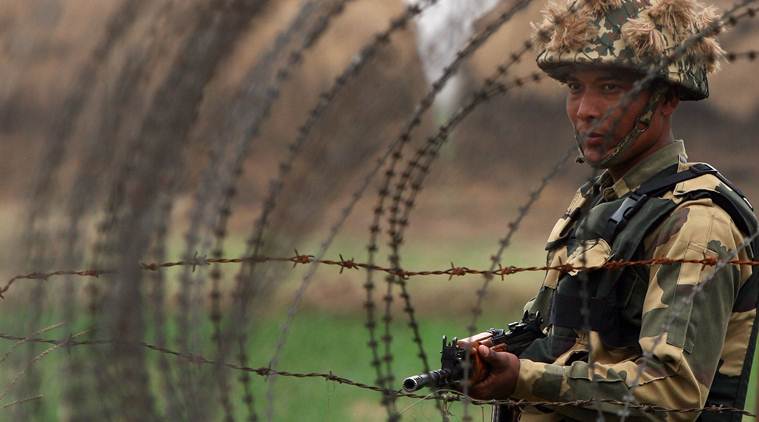 Sanjeev Pargal
JAMMU, Dec 25: The Central Government has decided to adopt a major strategy along the International Border in Jammu to counter infiltration attempts by the militants, backed by Pakistani Rangers, and sniping attacks in which some BSF soldiers have been killed in the recent past.
Official sources told the Excelsior that after successful trial of Israel technology of Comprehensive Integrated Border Management System (CIBMS) at two places in the form of pilot projects on the International Border, the Centre has decided to extend the CIBMS to more areas, which were vulnerable for infiltration, and gradually switch over to the new system of fencing.
“The Central Government proposed to expand smart fencing in more areas along the International Border in Jammu to keep the infiltration of militants from Pakistan side well under control. The spots vulnerable to infiltration will be taken up for the smart fencing,” sources said, pointing out that the CIBMS has already been put in place at two places covering a total area of 5.5 kilometers on the International Border.
Jammu region has about 192 kilometers International Boundary from Kathua to Akhnoor covering three border districts of Kathua, Samba and Jammu but during the past couple of months, no major infiltration attempt has been made by the militants, sources noted. However, the International Border had been in the news in September this year when one of the associates of three militants killed in an encounter at Jhajjar Kotli on Jammu-Srinagar National Highway revealed that he had transported at least 20 militants to Kashmir after their infiltration from the border in Jammu sector. All three slain militants had infiltrated between Hiranagar and Samba sectors.
According to sources, the Central Government, concerned over reports of infiltration attempts, wants to plug all major routes on the International Border to stop intrusions by the militants from across the border.
“The CIBMS was fool-proof system for controlling infiltration by the militants and, in view of this, the Government of India has decided to expand it to more spots along the International Border,” sources said, adding that smart fencing was first of its kind in India and it was first raised by Israel.
Experiment of the CIBMS has been successful, they said.
Gradually, the Central Government proposed to cover more areas on the International Border with smart fencing.
“The smart border fencing would make borders secure and the dependence on ground patrolling by troops will considerably be reduced,” sources said.
The smart border fencing projects, built under the CIBMS is the first of its kind in the country, have hi-tech surveillance system that would create an invisible electronic barrier on land, water and even in air and underground and would help the BSF to detect and foil infiltration bids in most difficult terrains. The CIBMS is designed to guard stretches where physical surveillance is not possible either due to inhospitable terrain or riverine borders.
CIBMS uses a number of different devices for surveillance, communication and data storage. Sensors like Thermal Imager, UGS, Fiber Optical Sensors, Radar and Sonar have been mounted on different platforms like Aerostat, tower, poles etc. A comprehensive integration of such sensors and other technical systems of communication and data processing have been achieved in the CIBMS project. The signals reach the Unified Command and Control Centre where the BSF can monitor the border on real-time basis. The CIBMS enables round-the-clock surveillance on border and under different weather conditions be it in dust storm, fog or rain.
Meanwhile, the Central Government has also decided to convert forward bunkers and posts of the BSF with bullet-proof technology to save the jawans from sniping attacks from Pakistan, sources said.
Asserting that the jawans were suffering more casualties in sniper attacks from Pakistan than cross-border shelling and firing or during thwarting infiltration attempts, sources said the Central Government is in the process of giving final touch to a proposal for using bullet-proof technology for forward bunkers of the jawans to save them from the sniper attacks.