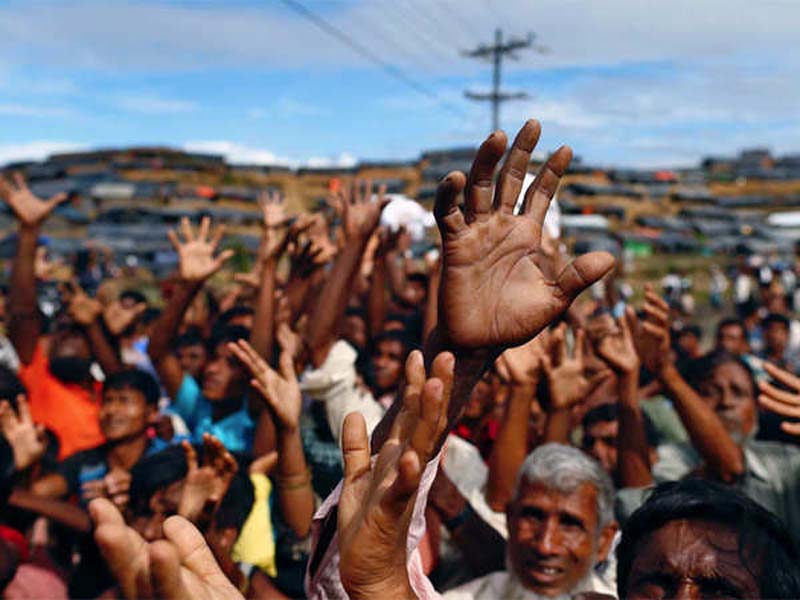 JAMMU, Apr 6: Following confirmed reports about participation of some Rohingyas putting up in Jammu at Nizamuddin congregation of Tablighi Jamaat in New Delhi, the Centre has ordered fresh audit of Rohingyas even as no fresh case of Coronavirus was reported from the Union Territory of Ladakh today.

Click here to watch video
Tally of Jammu stayed at 21 and Ladakh 14. While three patients of COVID-19 have been treated and discharged from the hospital in Jammu region, nine have been cured and sent home in the Union Territory of Ladakh, leaving number of active cases in Jammu at 18 and five in Ladakh, official sources told the Excelsior.
Late tonight, one COVID-19 sample was reportedly tested positive in Command Hospital Udhampur. Details were, however, awaited.
Sources said the Centre Government is reported to have asked the administration in Jammu to conduct fresh audit of Rohingyas putting up in Jammu, Samba and some other places and submit detailed report.
The directive comes just days after 10 Rohingyas were detained here and sent for quarantine as they had attended Tablighi Jamaat congregation in New Delhi. All of them were later tested negative for COVID-19 but they had confessed having attended the Nizamuddin gathering.
Numbers of political parties and other organizations in Jammu have repeatedly been demanding deportation of Rohingyas back to their country.
It may be mentioned here that over 150 Tablighi Jamaat activists have been traced by civil and police administration and sent to different centres for quarantine as they had attended Nizamuddin congregation of Tablighi Jamaat. At some places, police have also registered First Information Reports (FIRs) against Tablighis for hiding their travel history.
“Condition of majority of COVID-19 positive patients admitted in the Government Medical College Jammu was stable,” sources said.
Meanwhile, another batch of 106 persons was today released from different quarantine centres in Kathua district and allowed to go homes. All of them belonged to Jammu region.
Deputy Commissioner Kathua OP Bhagat said a total of 999 persons have been allowed to go homes from the quarantine centres during last five days and 2400 were still lodged at different quarantine centres.
“All of them will be released from the quarantine centres after completion of mandatory period,” he added.
Meanwhile, Lakhanpur, the gateway to Jammu and Kashmir, remained closed for the people of the Union Territory due to closure of inter-State borders.
Excepting patients, none other is being allowed to enter the Union Territory of Jammu and Kashmir from Lakhanpur.
In the Union Territory of Ladakh also, no fresh Coronavirus positive case was reported today during past four days.
Commissioner/Secretary Health, Ladakh Rigzin Samphel told reporters that no fresh COVID-19 positive case has been reported from the Union Territory. He said reports of 50 samples were received today and all of them were negative.
Ladakh had total of 14 COVID-19 positive cases and of them nine have been treated and discharged leaving only five active cases, Samphel said.