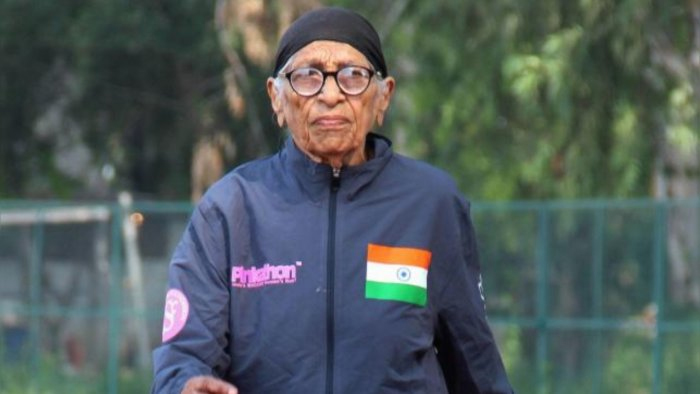 CHANDIGARH, July 31: Centenarian sprinter Man Kaur has died of a heart attack, her son Gurdev Singh said on Saturday.
Man was 105 and is survived by two sons and a daughter.
Gurdev told PTI that she was admitted to Derabassi Ayurvedic hospital and breathed her last at around 1 pm today.
Born on March 1, 1916, Kaur was known as the “Miracle Mom from Chandigarh”.
She shot to fame after winning the 100 metre sprint at the World Masters Games in Auckland in 2017. (Agencies)