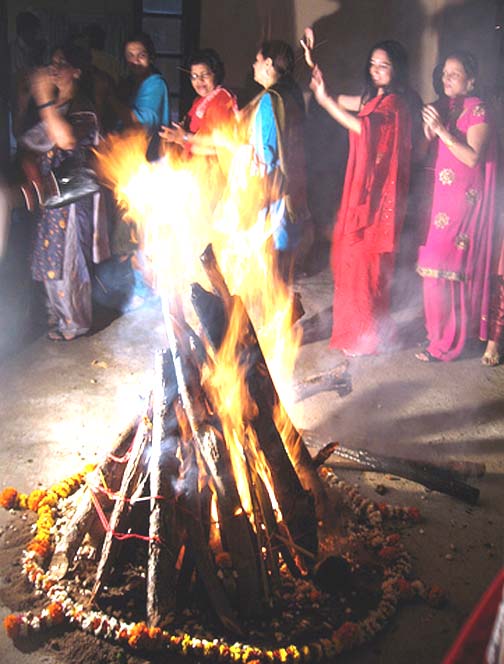 Lohri which falls on January 13 this year is one such agrarian festival which marks the waning of winter and beginning of summer. Geographically speaking, the earth leans towards the sun along the Tropic of Capricorn (Makara rekha) from the day following Lohri, also known as Winter Solstice. The earth, farthest from the sun at this point of time, starts its journey towards the sun along its elliptical orbit, thus heralding in the onset of spring. It is this transition which is celebrated as Lohri in northern India, Makara sankranti in the central part of the country and as Pongal-Sankranti in South India.
In other words Lohri marks the end of winter on the last day of Paush, and beginning of Magha (around January 12 and 13), when the sun changes its course. It is associated with the worship of the sun and fire and is observed by all communities.
Lohri, a festival of rejoice and dances, is celebrated with great fervour and festivity throughout Jammu region as elsewhere in northern India. Significance of Lohri is no more restricted to celebration only but also implies a wonderful time for people to rejoice and rejuvenate themselves from their chores and unite to share some fun and relive the cultural values. People exchange Lohri wishes to spread and celebrates the spirit of festivity.
The Bonfire Ritual:
One of the essential features of Lohri is the worship of fire. The focus is on the bonfire. The Lohri fire gets sanctified and it is considered a representation of energy and spiritual strength and is lit during the festival in every household. There is puja, involving parikrama around the fire and distribution of prasad. The prasad comprises of five main items: til (sesame seed), gajak (a hardened bar of peanuts in jaggery or sugar syrup), gur (jaggery), moongphali (peanuts) and popcorn. This symbolises a prayer to Agni, the spark of life, for abundant crops and prosperity. This festival is also believed to burn all the moments of sadness and brings in warmth of happiness and love.
Legend of Lohri:
The questions like when it began and why it lost in the midst of antiquity are there to answer. There are various interesting folk stories and legends associated with this festival. The very famous story from history is that during the reign of Akbar there was a Raja of Pindi Bhattian, Dulla Bhatti. Dulla Bhatti was known, respected and loved by tribal people as he used to rob the rich and help poor. Dulla Bhatti once rescued a girl from the kidnappers and then adopted her as his daughter. Bhatti was sentenced to death by the Mughal king Akbar for revolting against him later. Since then this hero is remembered each year on Lohri and the traditional song is sung as a tribute to this hero. On this occasion, children in groups move from door to door and sing the Dulla Bhatti song:
Sunder Munderi hei!hoi
Tera kaun Bechara!hoi
Dullah Bhattiwala!hoi
Dullah di dhi viyahi!hoi
First Lohri : The festival assumes greater significance if there has been a happy event in the family during the elapsed year, like the birth of a male child or marriage. The first Lohri of a bride or a newborn baby is considered extremely auspices.
Lohri of first born daughter:   Recently there is an emerging trend to celebrate the first Lohri of girl child also. This not only mirrors the changing social realities like families opting to have a single child or a family with two daughters but also testifies the phenomenal change of mindset in giving equal importance to the female child. The new value system under which daughters are considered no less than boys has found a befitting expression in Lohri celebrations.
Festivites : Lohri celebrations are never complete without music and dance, and feasting is invariably rounded off with a vigorous bit of shake-a-leg. The enthusiastic groups of young children used to go to every house and shops singings songs many days before the actual festival and the people would generally oblige them by giving them money, some eatables or even firewood as offering for the festival.
In the late evening, the people irrespective of caste, creed or faith would gather round the bonfire and do traditional dances and sing songs of joy. Logs of wood as piled up together for a bonfire in a busy chowks or a street corner and the people indulge in singings songs and dancing which symbolizes a prayer to Agni (Fire God) for abundant crops and prosperity as this festival is also associated with the harvest season.

Chajjas: Vanished heritage of Jammu
During the decades of 1960s and 70s, Lohri celebration were unique and integral part of Jammu popular culture and everyone’s childhood in the city. The festivals most distinguishing feature was Chajja, an artistic presentation of dancing peacock. Mounted on a bamboo mannequin covered with  myriad shapes of ‘pattis’, flowers, made in materials like card board, colored glazed sheets, silks, crepe, satin, and decorated with pieces of mirrors, and any exotic object that was considered appropriate- these  were showcases of every mohalla’s pride.
In fact making of Chhajja, was a statement of artistic and craft skills, an opportunity for local young men to hone and exhibit their aesthetic skills in handling of materials and ideas. Young boys and men of every mohalla, locality, under guidance of senior persons would get engaged in the serious business of making a Chhajja.
Since best Chhajja was also awarded on the day of Lohri, there used to be fierce competition between mohallas like Panjtirthi, Pakki Dhakki, Mastgarh etc. Every mohalla, worth its salt, would prepare a decorative and colorful Chajjaa according to available skillful hands, funds and patronage. Chhajjas would be prepared very quietly at secret destinations, without letting know the competitors details of the designs. The groups vying with each other in use of new colorful, decorative, extra shining materials would scout meticulously each city shop. There used to be extra vigil, lest the spies of the rival parties may copy details of the design, materials as the contest to come out new ideas every year was always on.
On the Lohri day Chhajjas carried by one or two young men were like flaming trails of Peacocks feathers on move and presented a spectacle for everyone. The riot of colors that moved along with group of dancers dancing in gay abundance accompanied by deafening beats of drums, would reverberate the bazaars and localities of the city.
Chajjas parties after visiting homes of relatives and friends especially those with a newlywed couple or a newly born male child, would head for their final destination of the royal palace where Maharani Tara Devi, mother of Dr Karan Singh would give away sweets and cash awards to dancing groups.
Today when Lohri celebrations have been reduced to people sending personalized Lohri greetings and fancy gifts to their dear ones, the fascinating Lohri messages and lovely Lohri SMS of ‘Happy Lorhi,, the heady days of Chajjas of Jammu in 1960s-70’s remain but only  cherished memories of the vibrant folk and popular cultural practice of Duggar.

Regional Names
Lohri is celebrated throughout the country in different forms, having various regional names as a harvest festival. It is called Pongal in the South, Bhugali Bihu in Assam, Bhogi in Andhra Pradesh and Sankranti in the central part of the country. Modes of celebrating Lohri are also different, but the message conveyed by the festival, that of setting aside differences and rejoicing by celebrating the end of the harvest season and the chilly winter, is the same. The various regional names of Lohri are:
Uttarayan: Uttarayan, traditionally believed to be the starting point of the sun’s northward journey, is celebrated according to the solar calendar on 14th January. Uttarayan is celebrated all over Gujarat but the excitement is high at Ahmedabad, Surat, Nadiad and Vadodara.
International Kite Festival: From dawn to dusk, people of all ages fly kites rejoicing in the spirit of the International Kite festival of Gujarat. Falling on 14th January, the sky is enlivened by kites of different colors and hues. Kites soar in the sky, their lines moving as if alive. Crowded rooftops, fun-loving rivalry to outdo each other, and delicious Gujarati feast are the hall-marks of the day.
Pongal: In south, Pongal is a festival when god is praised with a simple faith and sincerity. Old vices are all washed out and all that is good is welcomed in this New year. This festival is of all living things, who look up to the heaven in joy and thankfulness to God for everything that He gives to man specially peace and happiness and the feeling of brotherhood.
Makar Sankranti : Makar Sankranti marks the beginning of Uttarayan, the Sun’s northward journey. Makar is called Capricorn in the western astrological calendar. Makar Sankranti falls on 14th of January every year.
Bihu/Bohaggiyo Bhishu: Bihu is the most important non-religious festival of the Assamese people. People of this state observe it every year irrespective of their class and caste.
Ganga Sagar Mela : One of the most famous festivals of India, it is held on the Ganga Sagar Island, at the mouth of the river Hooghly in Bengal. It is attended by thousands of pilgrims every year. A dip in the water at this place, during Gangasagar Mela, is considered to be extremely sacred. On the day of Makar Sankranti (January 14), when the sun makes a transition to Capricorn from Sagittarius, it is said that the bath becomes a holy source of salvation. 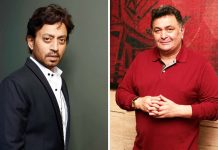 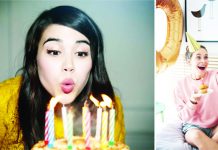 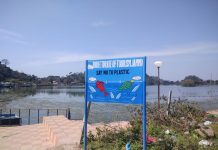