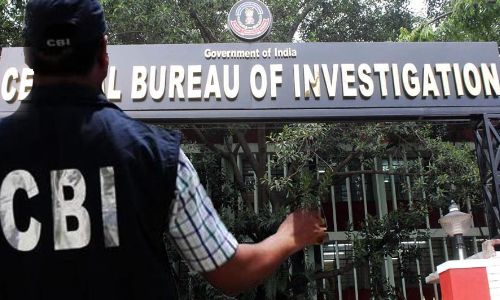 NEW DELHI: The CBI carried out searches at 13 locations on Tuesday including the premises of the present and former directors of Mumbai-based Frost International which has been booked by the agency for allegedly cheating a consortium of 14 banks to the tune of over Rs 3,592 crore, officials said.

The action has been taken on the complaint of the Kanpur Zonal office of Bank of India (BOI), which alleged that the directors had worked under the guise of undertaking merchanting trade without genuine business, they said.

The probe agency carried out search operations at 13 locations including the premises of the company, its directors Uday Desai and Sujay Desai and other former and present directors in Mumbai, Delhi and Kanpur, officials said. (AGENCIES)