E-Paper
Home Todays story Career of over 5000 youth in jeopardy as Central Govt decides to... 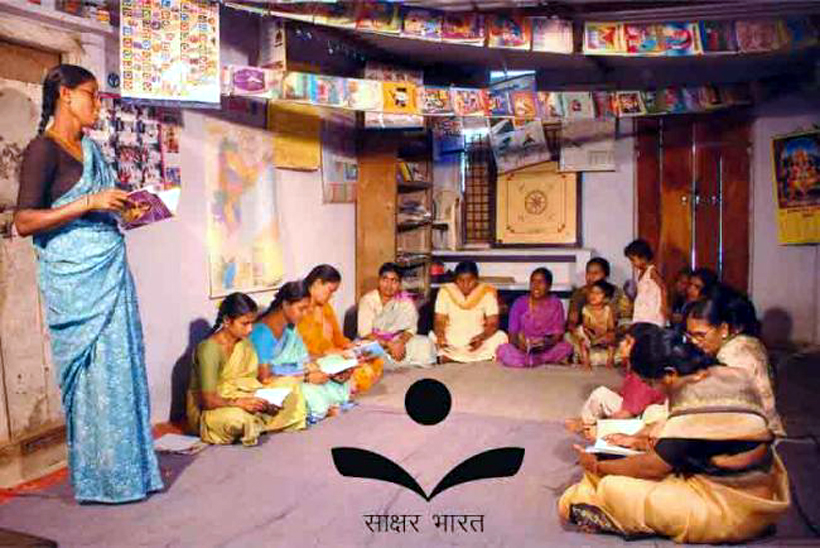 Avtar Bhat
JAMMU, Mar 14: The future of over 5000 Contractual employees of Sakshar Bharat Mission (SBM), a Centrally Sponsored Scheme is in jeopardy in the State as Union Government has decided to discontinue the scheme henceforth.
According to official sources, the scheme is deemed to be closed as Government of India has not given consent to its continuance with the result the career of over 5000 contractual employees working under the Mission for educating the adult people in the State for last seven years will be put to risk. However, if any new scheme will be initiated by the Government of India then these employees can be absorbed in that. But so far as present status of the scheme is concerned it is deemed to be closed, sources added.
Sources said the scheme started by Government of India in 2011 to educate unemployed over-aged persons and women has now been closed down from this year as the Central Government has not given its continuation.
Sources said that the Union Government has released Rs 18 crore for payment of salaries to the contractual employees of SBM who have not been paid their honorarium for last 28 months and by ending this month the honorarium of all the employees of the Mission will be released.
Sources said on the date the scheme is closed and the employees working in it can’t continue after March this year.
But the Mission employees expressing resentment over the Government move to close the scheme said that where will they go after rendering eight years continuous service in the Mission as they have also turned overage by now and hence their career has been put at stake by the Government.
The employees said that their salary for 28 months and more is withheld by Government besides none of their demands including ‘regularization’ was met so far.
The employees who were appointed on contractual basis in the year 2011 in the State said the Government has been extending their service period from time to time, however, not confirming them on permanent basis which is a grave injustice with them as well as exploitation.
Expressing surprise and concern over Government move, the employees said that already the State is facing youth unrest that resulted in turmoil for last three decades and by snatching the bread and butter of thousands of youth will further add to this unrest in the State to which the Union Government should take into consideration.
The SBM was launched throughout the country in 2009 while it was implemented in Jammu and Kashmir in 2011. The Government engaged six thousand people including male and female on contractual basis and extended their service period accordingly, “it has been eight years we are yet to be regularised,” said Riyaz-ul-Haq Shah an SBM employee from Kashmir.
Shah said the Director Education despite endorsing their demands as genuine wrote a letter to Commissioner/ Secretary Education vis-à-vis their confirmation but the final decision regarding regularisation is pending so far.
“We are working on meager monthly salary of Rs 2000 which too is pending with the Government for the past 28 months. The Government seems to be very much casual towards our genuine demands besides salary issue has created lot of problems for us,” said Ramesh Kumar another contractual employee from Jammu region.
He said the pre-rank employees get Rs 2000 per month while block and district level employees receive Rs 6000 per month.
“One male and one female as per the set criteria is engaged on Panchayat level while as same criteria are followed on block and district levels. Now our question is as to how far be this genuine to withheld salary for none of our fault that too for 28 long months,” said Kumar.
He said, keeping in view their services the Government must adopt some holistic approach with regard to their issues including regularization and pending salary as Union Government has already released funds for the same.
“We demand our salaries should be released immediately so that no employee is forced to confront besides our genuine demand of regularization be fulfilled on priority,” said Mushtaq a contractual employees from North Kashmir.
However, the State Coordinator of the RSM, Imran Bukhari informed Excelsior that Central Government has discontinued the scheme and these contractual employees will have to face termination as it was a Centrally Sponsored Scheme against which they were employed on contractual basis. After the scheme has been winded up by the Union Government they can’t continue, he added.
However, the State Government has received over Rs 18 crore from Central Government to pay them their honorarium and by the end of this month all their pending dues will be cleared, he said, adding the employees can only continue in case the Central Government re-establishes another scheme in its place.