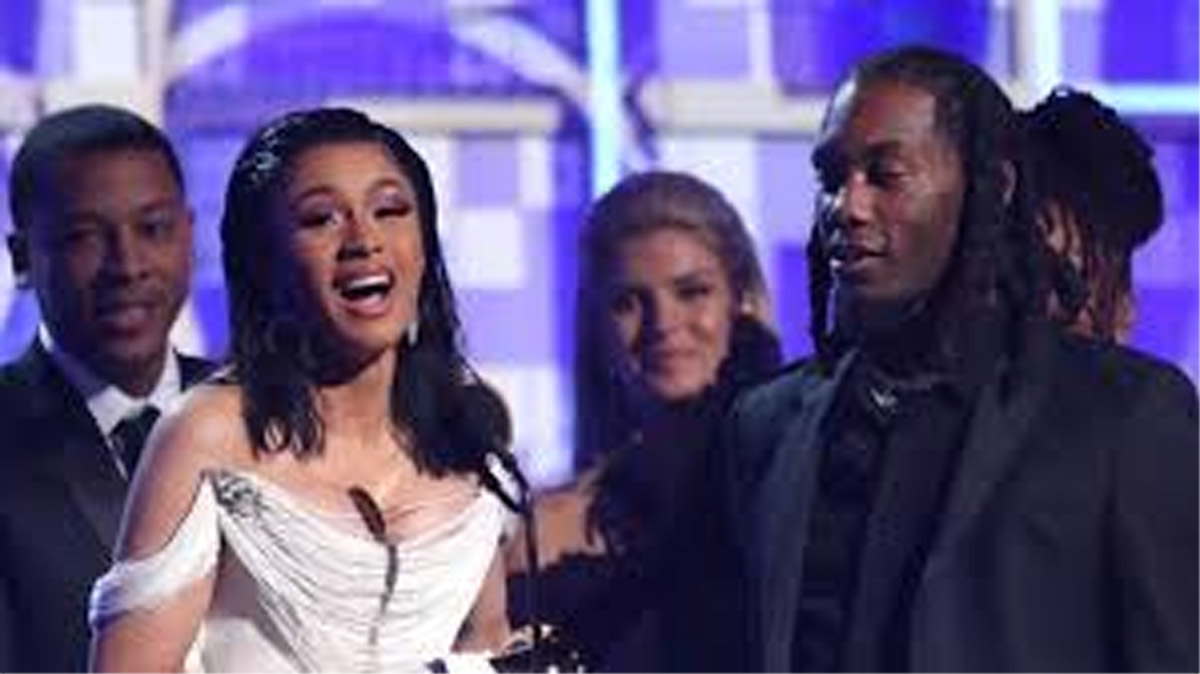 She won the award for her debut ‘Invasion of Privacy’, beating out Nipsey Hussle, Pusha T, Travis Scott, and the late Mac Miller.

The rapper accepted the award taking the stage with husband Offset, who held her hand as she controlled her tears while talking about her pregnancy and daughter Kulture.

“I want to thank my daughter. I’m not just saying thank you because she’s my daughter. It’s because, you know, when I found out I was pregnant, my album was not complete, like three songs that I was for sure having. And then you know, you know how it was, we was like, we have to get this album done so I could still do videos while I’m still not showing. And it was very long nights,” Cardi said in her speech.

“I can’t breath. Oh my goodness. The nerves are so bad!” She added with a laugh, “Maybe I need to smart smoking weed.”

While Cardi’s the first woman to win the award for a solo act, Lauryn Hill did win best rap album as part of hip-hop group Fugees in 1997. (PTI)
(***