NEW DELHI, June 11:
The issue of capping airfares is under consideration, a top Civil Aviation Ministry official said today, even as Minister Ashok Gajapathi Raju said it could be counter-productive.
Civil Aviation Secretary R N Choubey said capping airfares is an issue which continues to be under consideration of the Ministry.
“A final view of course is to be taken. The examination of the issue is very much continuing,” he said at an event where Raju, the Civil Aviation Minister, unveiled passenger- centric measures to make air travel more hassle-free.
Raju was of the view that capping airfares could be counter-productive for majority of passengers as airlines might hike the floor prices.
“The idea is not to regulate for the sake of regulation. We don’t want to push up the cost of tickets for the majority,” he added.
The remarks by Raju and Choubey came days after the minister ruled out the possibility of capping airfares in the backdrop of passenger complaints of arbitrary tariff hikes, saying competition among the airlines will take care of the problem.
When asked about the possibility of capping air ticket prices at the event, the Minister said that floors and caps did exist before 1994.
“So do we want to make it a regulated affair or not? If you put a cap, the floor will go up. This is the problem…,” he noted.
Citing an analysis about fare movements done last year, the Minister said then it was found that only around 1.7 per cent of the tickets were priced higher. The analysis was carried in the wake of concerns expressed by Parliamentarians about steep fluctuations in air ticket prices.
“This is a thing that had come in Rajya Sabha first. We had analysed the whole thing and then on the discussion itself we realised that 1.7 per cent of the tickets were on the higher side. So less than 98 per cent of the tickets were reasonably priced,” he said.
In an interview to PTI earlier this week, Raju had said competition among the airlines would take care of the problem and that restricting the airfares would not make good business sense as it could also jeopardise the government’s regional connectivity plan. (PTI) 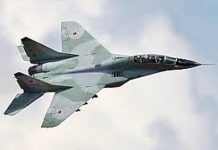 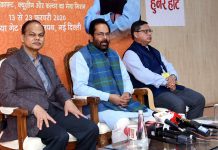