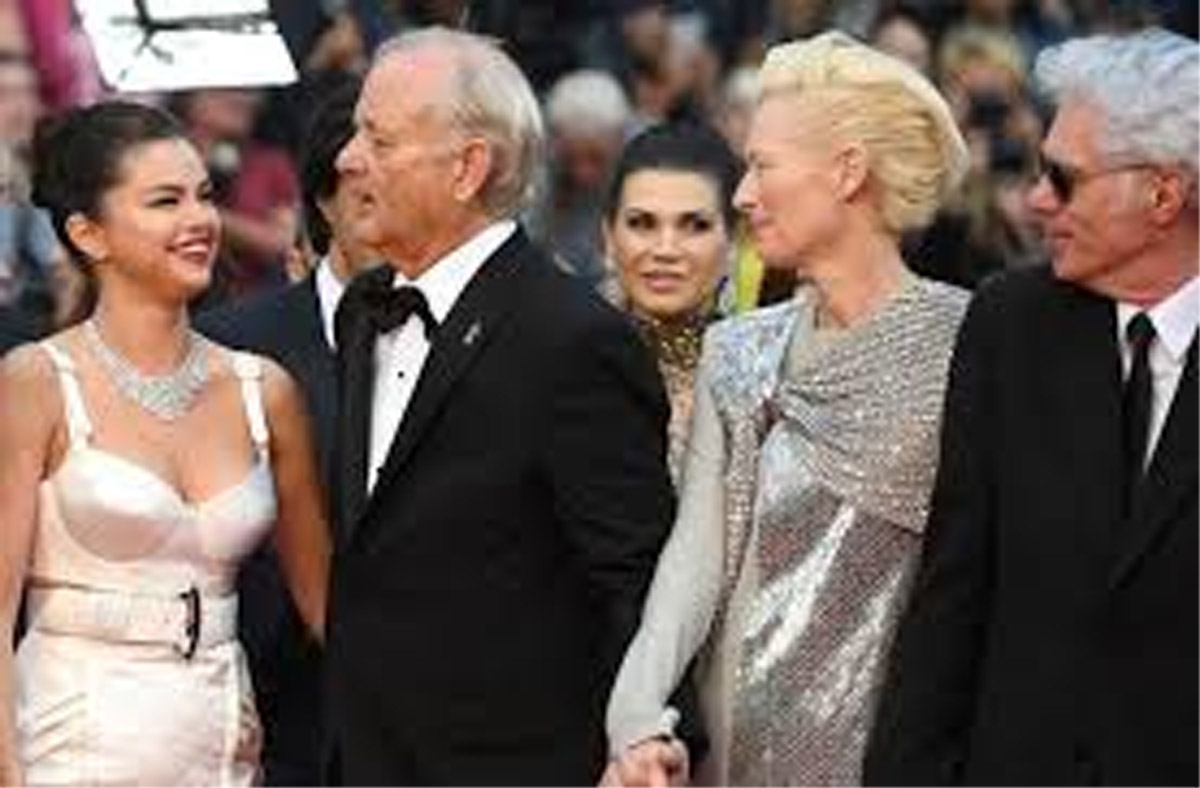 CANNES, May 15: The 72nd Cannes film festival has opened with film professionals from around the globe gathering in the French Riviera to celebrate cinema, but there were strong voices against “lies” of world leaders and their consequences to the people.
The influential film festival kicked off the 12-day extravaganza last evening with the opening film, ‘The Dead Don’t Die’ by American director Jim Jarmusch. The American zombie drama about a small town waking up to find the dead coming alive followed a glittering red carpet gala that the festival is famous for.
Among those walking the red carpet were the film’s cast comprising Adam Driver, Bill Murray, Tilda Swinton, Selena Gomez and Danny Glover. The opening ceremony, which underlined cinema as a “collective experience”, witnessed the presentation of the competition jury for the Palme d’Or this year, headed by Oscar-winning Mexican director Alejandro Inarritu.
The gathering of the Who’s Who of world cinema paid homage to celebrated French director Agnes varda, who passed away three months ago.
The festival, which is known for reflecting political upheavals through film selections every year, showed it won’t shy away from talking about the contemporary society this time too. The tone was set by the jury president, Inarritu, himself when he said he was concerned by what is happening around the world.
“I am basically against what is happening around the world,” Inarritu said at a jury press conference that preceded the opening ceremony last evening. “We know how the story ends if we keep up the rhetoric,” he said while responding to a question about his impressions of the world today.
Inarritu, who directed such films as ‘Amores Perros’, ‘The Revenant’, ‘Babel’ and ‘Biutiful’, blamed world leaders for the present situation. “These guys are ruling with rage and anger and lies. Basically writing fiction and making people believe that they are facts.”
“The problem is the ignorance,” he explained while adding that people across the world were living in fear and risking their lives to find a better world. “I am not a politician, I am an artist,” he added.
Asked about his response to the wall that American president Donald Trump wants to build between the United States and Mexico, Inarritu, a the first Mexican and Latin American filmmaker to head the competition jury in Cannes, said it was not only about the Mexican border, but “all the borders in the world”.
“I made a reality installation (about the wall) in 2017 in Cannes,” he said, referring to the Virtual Reality film, ‘Flesh and Sand’, he showed at the festival.
“It was the way I responded to what I think is happening,” he said while addressing the press conference with other members of the jury. Inarritu also underlined the danger of climate change. “The world is melting,” said the filmmaker, whose ‘The Revenant’ was shot in frozen locations.
The jury president said he and his fellow jury members would award films on its merit. “No fame, no name and no gender,” Inarritu said when asked about the presence of renowned directors like Spanish filmmaker Pedro Almodovar and English director Ken Loach in the competition with their new films.
“We will judge the film by the art itself,” he added.”There are great films from around the world,” he said.
Twenty-one films will compete for the Palme d’Or, the top prize of the festival, this year. The films include Jarmusch’s ‘The Dead Don’t Die’, Almodovar’s ‘Pain and Glory’, American director Quentin Tarantino’s ‘Once Upon a Time…In Hollywood’, Loach’s ‘Sorry We Missed You’, Palestinian director Elia Suleiman’s ‘It Must Be Heaven’, Canadian director Xavier Dolan’s ‘Matthias and Maxime’, and ‘Young Ahmad’ by the Belgian Dardenne brothers, Jean-Pierre and Luc Dardenne.
There are four films in the competition that are directed by women this year, compared to three in the last edition. The festival will run up to May 25.
(UNI)