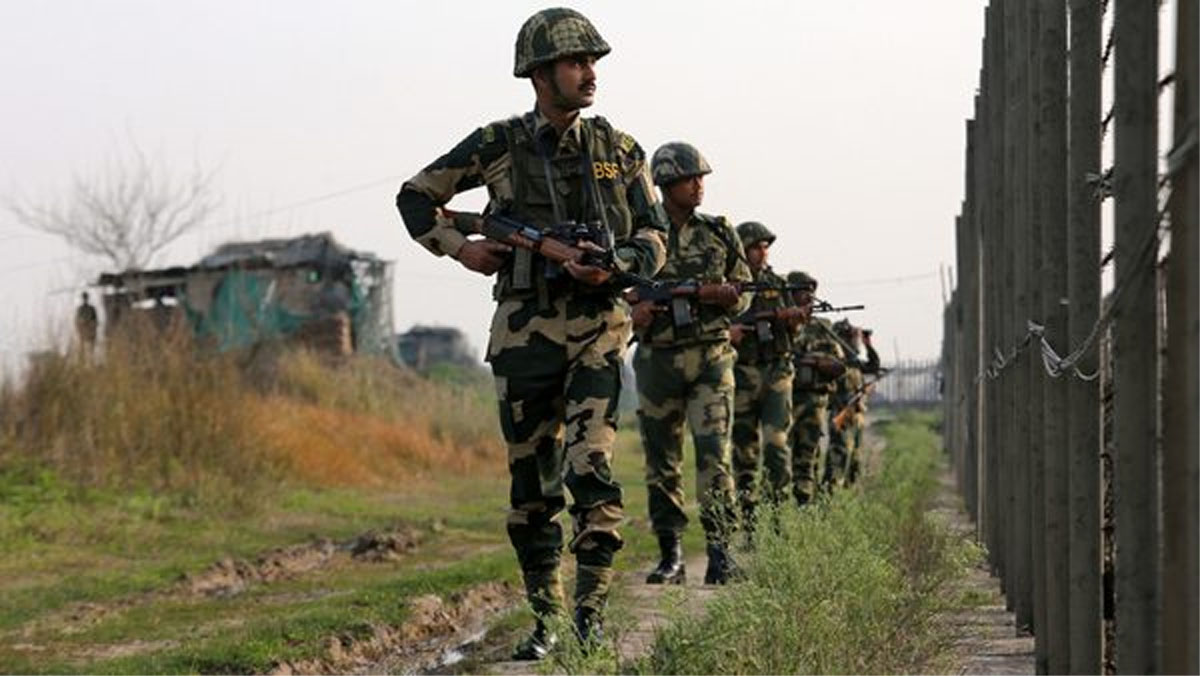 NEW DELHI, Apr 19: California almonds, known worldwide for their high nutritional value, are being used in cross-LoC trade as a mode to earn profits which are funnelled to terrorists and separatists in Jammu and Kashmir, officials said Friday.

India Thursday indefinitely suspended cross-LoC trade at two points along the Line of Control effective Friday, following reports that it was being “misused” by elements from across the border to smuggle weapons, narcotics and fake currency.

The almonds produced in California in the United States have been regularly finding their way through LoC trade involving a large transport network.

According to the modus operandi, Pakistani traders under-invoice products like California almonds. After receiving the consignment, traders on the Indian side sell California almonds at the prevailing market price and make extra and undue profit due to the under-invoicing, a security official said.

The extra money generated is handed over by the traders to terrorists, separatists or anti-national elements in the Kashmir valley to fuel anti-India activities, the official said.

It has also come to the notice of security agencies that a significant number of trading concerns engaged in cross-LoC trade are being operated by persons closely associated with banned terrorist organisations, specially Hizbul Mujahideen.

Some Indian nationals who have crossed over to Pakistan and joined militant organisations have opened trading firms in the neighbouring country.

As a result, many Pak-based trading firms under the control of militant organisations are trading with firms operated by their relatives in the Indian side.

The cross-LoC trade is also being used as a regular channel for funneling drugs such as cocaine, brown sugar and heroine into the Kashmir valley, adversely impacting the youth and converting many into addicts, the official said.

In a recent example, 66.5 kg heroine was seized from a valley-based consignee and it was found that the drugs came through the cross-LoC trade.

The trade is being exploited for periodically smuggling arms and ammunition into the valley. Numerous seizures have been made of pistols, grenades, spares and ammunition.

Recently, a large cache that was concealed in a consignment of bananas was seized from the driver of a cross-LoC vehicle from Kulgam, another official said.

Trade across Chakan-Da-Bagh and Salamabad was intended as a confidence building measure for the population living in remote areas of Jammu and Kashmir and living across the LoC in Pakistan-occupied Kashmir.

However, third parties manipulated and misused it for trading goods being produced from outside Jammu and Kashmir.

Businessman Zahoo Ahmed Watali, who is currently in jail in terror funding cases, was the president of LoC traders association and he was allegedly found to be funneling money to terrorists, separatists and subversive elements in the valley.

The Enforcement Directorate has already attached his property worth crores of rupees and further investigations are still on.

The National Investigation Agency has decoded the modus operandi of dubious hawala transactions for terror financing.

The inimical elements on Pakistan side identify a suitable Pakistani trader firm and hand over the money that is to be transferred to the anti-national elements and terrorists organisations on the Indian side.

Consignments of fake Indian currency notes have also been seized in the range of Rs 57 lakh, Rs 20 lakh, Rs 15 lakh and Rs 7.5 lakh and over a dozen of people arrested.

“In the light of such large-scale misuse and loopholes being exploited for illegal and anti-national activities, Government of India has been compelled to suspend the LoC trade from Friday,” the official said.

The government will revisit the issue of resuming the LoC trade after stricter measures and systems are put in place to address these issues.

New measures are expected to restore the benefit of the cross-LoC trade to local population only, rather than allowing terrorist organisations and unscrupulous traders based far from these trading points to siphon off the benefits and fuel instability in the valley, the official said. (PTI)