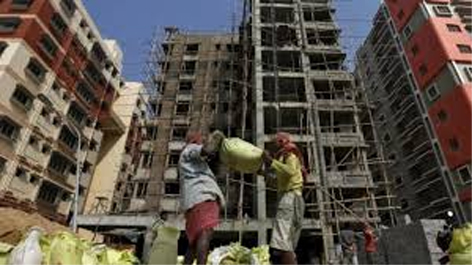 NEW DELHI, July 8: The Union Cabinet on Wednesday approved development of Affordable Rental Housing Complexes for urban migrants and poor as a sub-scheme under the Pradhan Mantri Awas Yojana–Urban, the government said.
As part of the scheme, existing vacant government-funded housing complexes will be converted into Affordable Rental Housing Complex (ARHC).
An expenditure of Rs 600 crore is estimated in the form of “technology innovation grant”, an official spokesperson said on Twitter after the Cabinet meeting.
He sad three lakh beneficiaries will be covered initially. The complexes will revert to urban local bodies (ULBs) after 25 years to restart the next cycle. (PTI)