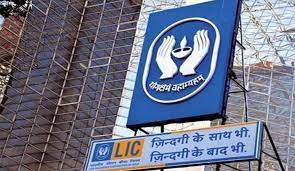 NEW DELHI, Feb 26: The Union Cabinet on Saturday permitted up to 20 per cent foreign direct investment (FDI) under automatic route in IPO-bound LIC with an aim to facilitate disinvestment of the country’s largest insurer, sources said.
The decision in this regard was taken by the Cabinet, chaired by Prime Minister Narendra Modi.
The Government has approved listing of shares of LIC on the stock market through an IPO by part-sale of its stake in the insurer and raising fresh equity capital.
Foreign investors may be desirous of participating in the mega IPO. However, the existing FDI policy did not prescribe any specific provision for foreign investment in LIC, which is a statutory corporation established under the LIC Act, 1956.
Since as per the present FDI policy, the foreign inflows ceiling for public sector banks is 20 per cent under Government approval route, it has been decided to allow foreign investment of up to 20 per cent for LIC and such other corporate bodies.
Further, in order to expedite the capital raising process, such FDI has been kept under the automatic route, as in the case of the rest of the insurance sector, one of the sources said.
Increased FDI inflows will supplement domestic capital, technology transfer, skill development for accelerated economic growth and development across sectors.
Setting the stage for the country’s biggest-ever public offering, Life Insurance Corporation on February 13 filed draft papers with capital market regulator Sebi for the sale of 5 per cent stake by the government for an estimated Rs 63,000 crore.
The initial public offering (IPO) of over 31.6 crore shares or 5 per cent government stake is likely to hit D-street in March. Employees and policyholders of the insurance behemoth would get a discount over the floor price.
According to the draft red herring prospectus (DRHP), LIC’s embedded value, which is a measure of the consolidated shareholders value in an insurance company, has been pegged at about Rs 5.4 lakh crore as of September 30, 2021, by international actuarial firm Milliman Advisors.
Although the DRHP does not disclose the market valuation of LIC, as per industry standards it would be about three times the embedded value or around Rs 16 lakh crore.
The LIC public issue would be the biggest IPO in the history of the Indian stock market. Once listed, LIC’s market valuation would be comparable to top companies like RIL and TCS.
So far, the amount mobilised from IPO of Paytm in 2021 was the largest ever at Rs 18,300 crore, followed by Coal India (2010) at nearly Rs 15,500 crore and Reliance Power (2008) at Rs 11,700 crore. (PTI)