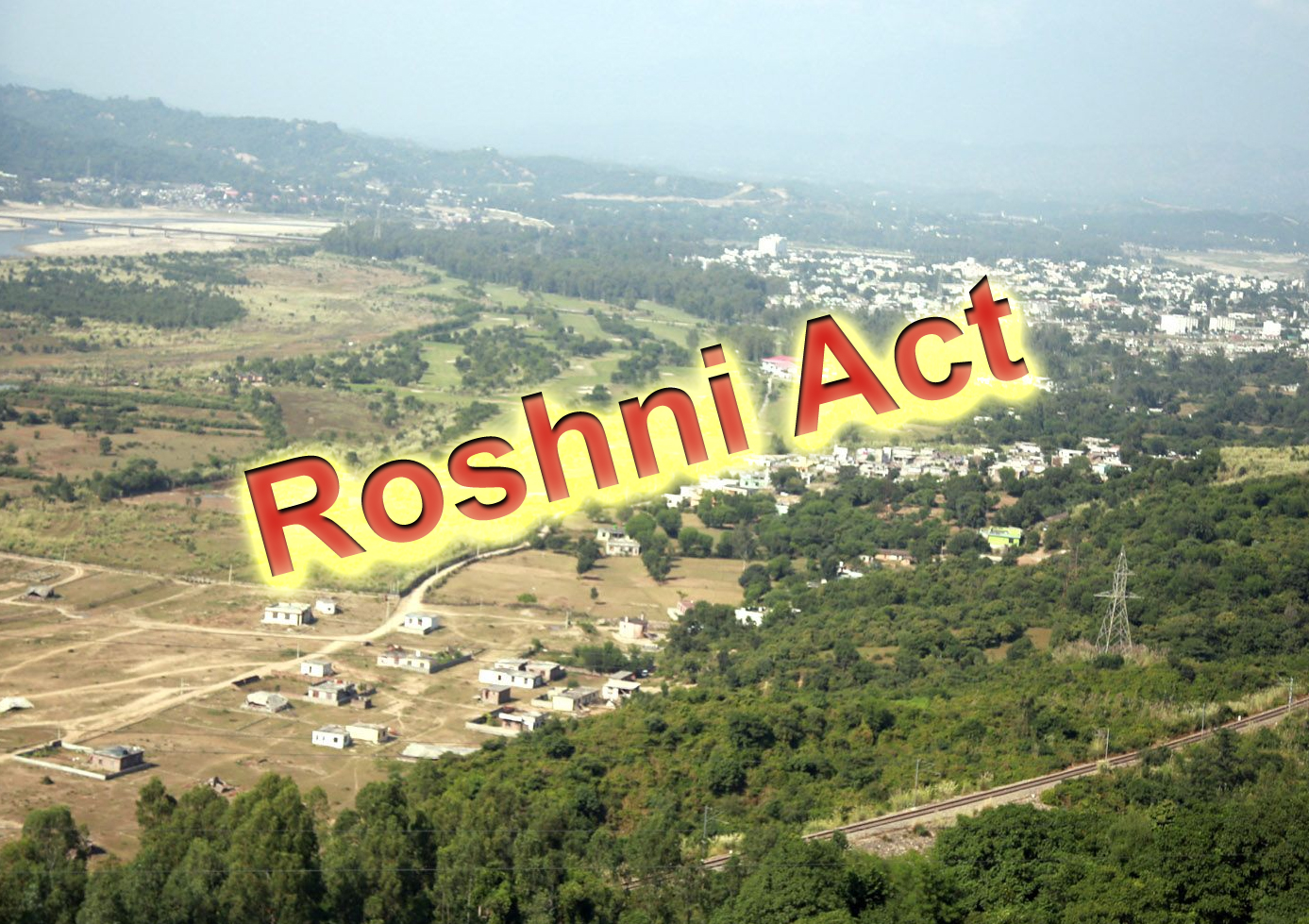 NEW DELHI, Nov 26: A bunch of Special Leave Petitions (SLPs) have been filed in the Supreme Court against a Jammu and Kashmir High Court order scrapping the Roshni Act that gave proprietary rights to occupants of State land, with the petitioners pleading that they never encroached on Government land and were never made a party in the case.
The SLPs moved by former bureaucrats, businessmen and retired Judges challenged the October 9 order of the High Court which declared the Roshni Act “illegal, unconstitutional and unsustainable” and ordered a CBI probe into the allotment of the land under this law.
The petitioners have urged that there is no allegation of illegality against them and they are not encroachers on any public land, and there is no allegation, averment or finding to this effect anywhere.
The 26 petitions have been moved, among others, by former Chief Conservator Forest R K Mattoo, former judge Khaliq-ul-Zaman, former Chief Secretary Mohammed Shafi Pandit, former Power Development Commissioner Nissar Hussain, businessmen Bharat Malhotra and Vikas Khanna and retired commissioner Bashir Ahmed.
They said they were authorised occupants and the “High Court has passed the impugned order on the basis of general sweeping observations sans any basis, without considering that there is presumption of innocence”.
Noting that they are ordinary citizens and bonafide purchasers for value and have no role in the passing of the legislation by a duly elected legislature or its implementation by the executive, the petitioners said the “only overt act of the petitioners as law abiding citizens, who are not encroachers on any state land, is that they made bona fide applications for conversion of their leasehold rights to freehold under a law duly enacted by a competent legislature”.
The Roshni Act was enacted in 2001 with the twin objective of generating resources for financing power projects and conferment of proprietary rights to the occupants of State land. It initially envisaged conferment of proprietary rights of around 20.55 lakh kanals (102750 hectares) to the occupants of which only 15.85 per cent land was approved for vesting of ownership rights.
The pleas said the “sweeping order of the High Court” had left them aggrieved as it ordered publication of details of the beneficiaries on the Government website, cancellation of all actions taken under the Act since its inception and en masse investigation by the CBI and also for recovery of land “which threatens the residential spaces of the petitioners”.
The SLPs said the High Court directions have been issued on the untenable assumption that everyone who has applied under the Roshni Act for conversion of leasehold rights to freehold is an encroacher of State land and has colluded in the purported arbitrary and unfair implementation of the law.
“On the contrary, the petitioners herein, as ‘authorised occupants’ recognised by the Act, had valid and lawful leases and applied for conversion to freehold strictly in terms of the Act. The petitioners cannot be equated with trespassers, and there is gross violation of Article 14 rights’ of the petitioner in being clubbed with any encroachers.
“In fact, since the grievance was essentially of implementation, the High Court ought to have considered each case on its own merit rather than striking down the Act under which specific orders were passed…Petitioners have paid hefty sums from their hard earned money which are determined market prices and not throw-away prices,” the pleas said.
The pleas said the petitioners were not parties in the proceedings before the High Court and were not heard in the matter at any stage.
“Despite this, as a consequence of the impugned judgment, these persons in lawful possession of state land, having established their home with their families for many years, have been dispossessed and deprived of property vested in them by law without notice and without a hearing.
“The petitioners are, therefore, directly adversely affected by the impugned judgment,” the SLPs said.
The petitioners said they are aggrieved by the “roving and fishing expedition in the name of CBI investigation that has been ordered by the high court…”.
Meanwhile, in a statement, Shafi Pandit, a 1969 batch IAS officer and gold medallist for distinguished services, said he has full faith in judiciary and that the Supreme Court will give them an opportunity to hear them soon.
“Therefore, I am restraining from making any detailed comments,” he said but added that he would like to clarify that he was a lawful occupant of a part of the family land belonging to his mother-in-law.
Pandit and his wife”s name figure in a list of Roshni Act beneficiaries brought out by the Divisional Commissioner Kashmir.
“It is unfortunate that, pursuant to a recent judgement of the High Court… my name and that of my wife, Nighat Pandit, have been included in some list that is circulating, which has portrayed all of the beneficiaries in a bad light. The list is not accurate and it appears that some attempts to overreach the judicial authority,” the statement said.
He said the land was purchased in 1953 from a retired Judge by his mother-in-law and the allotment was made by the then Maharaja of the erstwhile State of Jammu and Kashmir, in 1936, on payment of the prescribed premium and ground rent.
“The transfer was accepted by the government, and the leasehold rights were renewed up to 2016, in accordance with law. In most of the leasehold cases, a lot of uncertainty prevailed about renewal. Roshni Act/Rules made it possible for us to obtain proprietary rights on land, on payment of the prescribed amount, which obviated the need for renewal, after expiry of the lease,” he said.
He claimed the High Court had passed the judgement without hearing them.
He said he and his wife were lawful allottees of land made available by the government for construction of residences.(PTI)